This Dodge Journey had damage on the hood of the vehicle, the 12-16 inch creases.  There are two creases in the metal which makes it look like one large dent.  This dent was removed with the Paintless Dent Removal process, by Michael Bocek, out of Springfield Illinois. 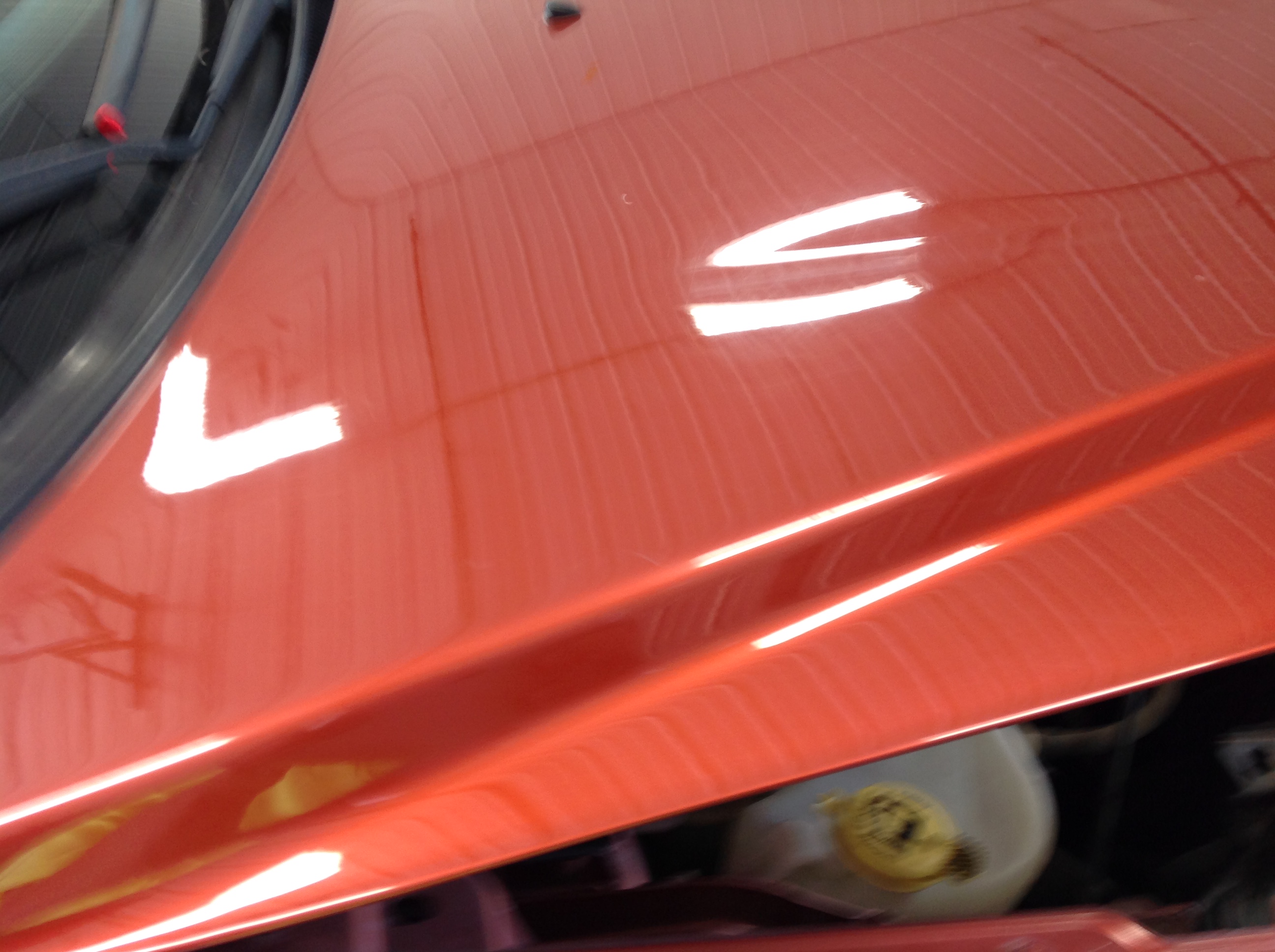 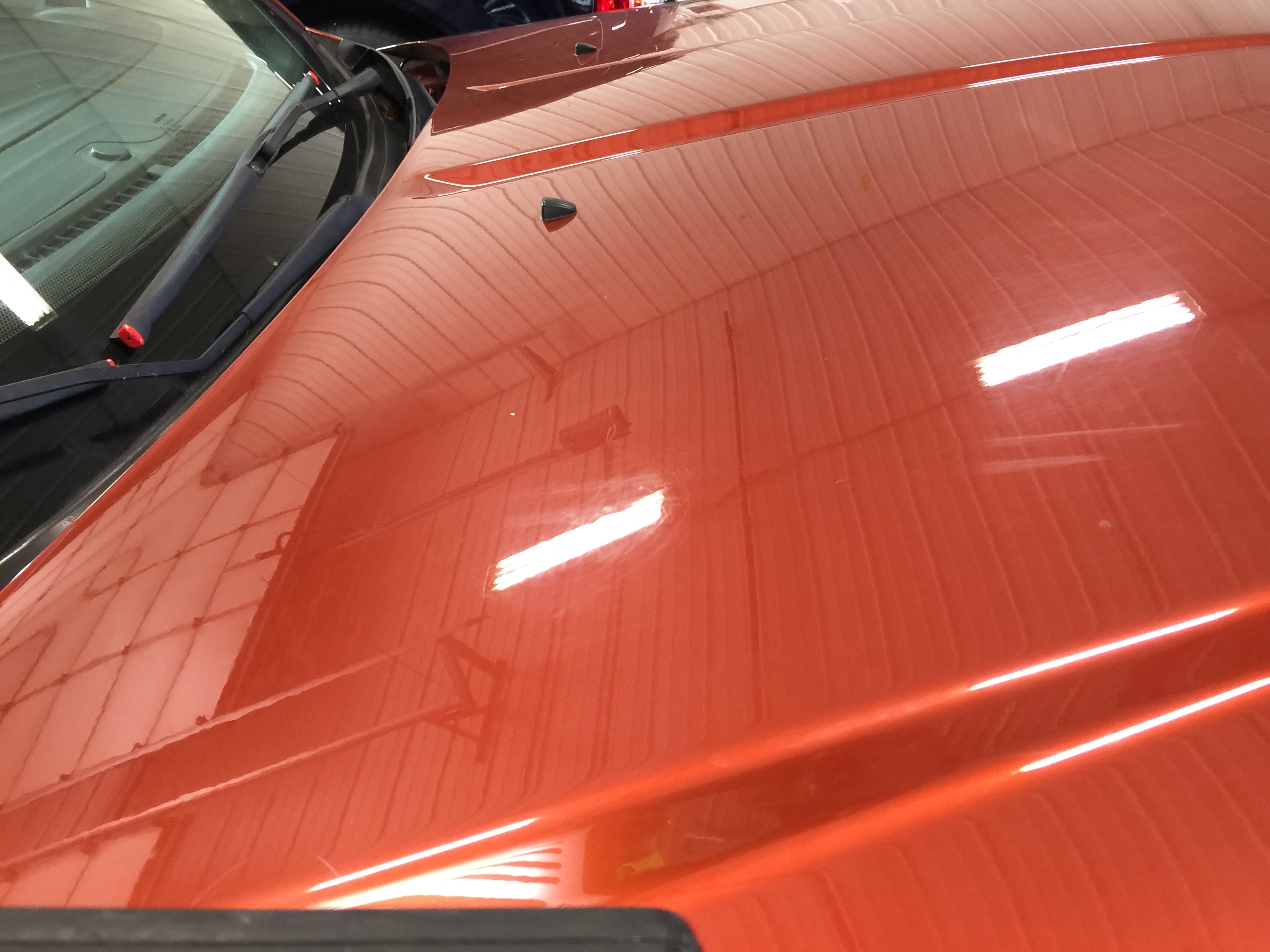