2013 Chevy Silverado had a dent in the bedside of the truck.  To gain access to this dent the tail light was removed, two phillips head screws were removed and the tail light came right out, and access to the back side of the dent was there.  This dent was removed with the paintless dent removal process and the dent expert that performed this repair was Michael Bocek out of Springfield, IL. 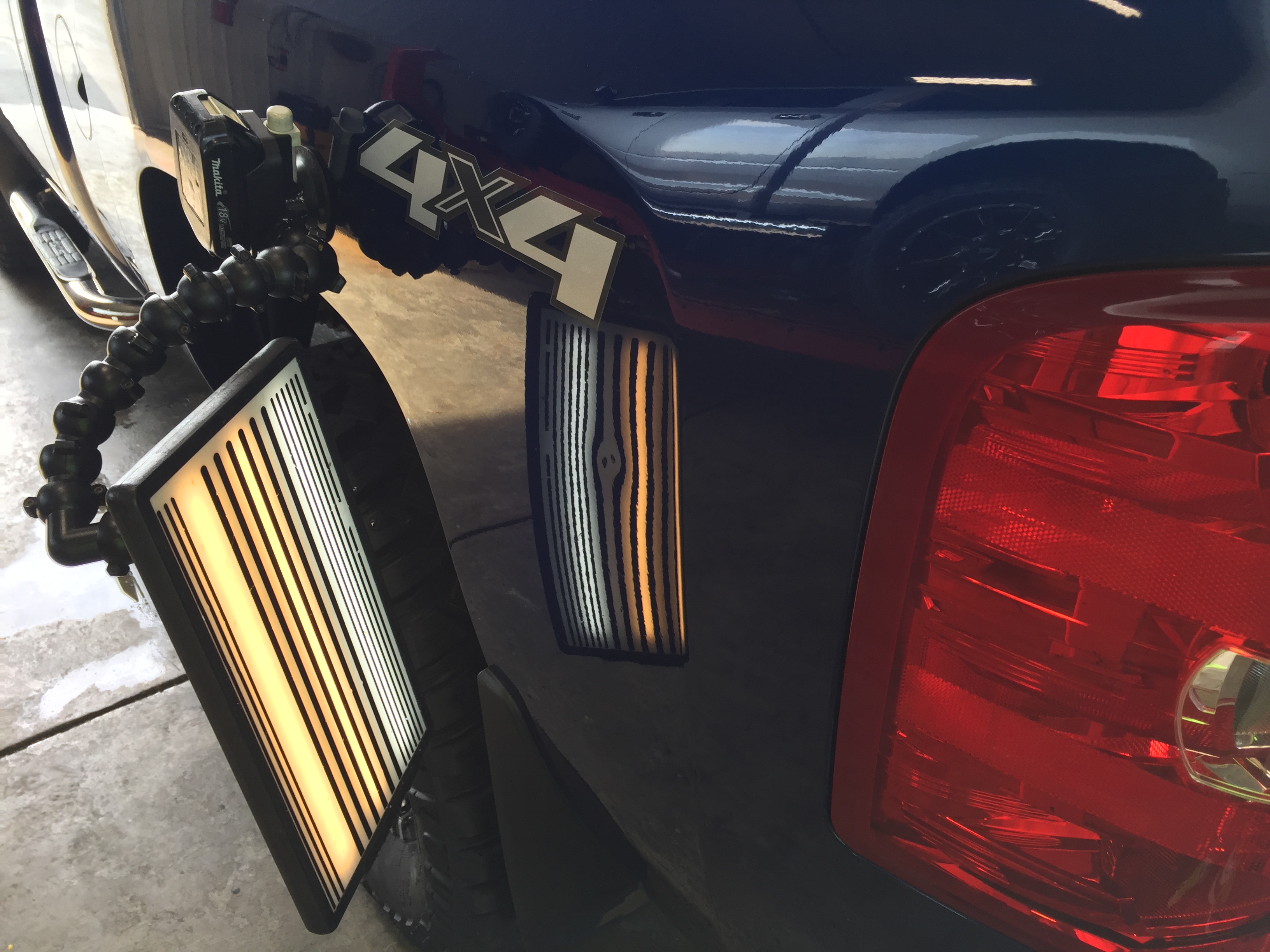 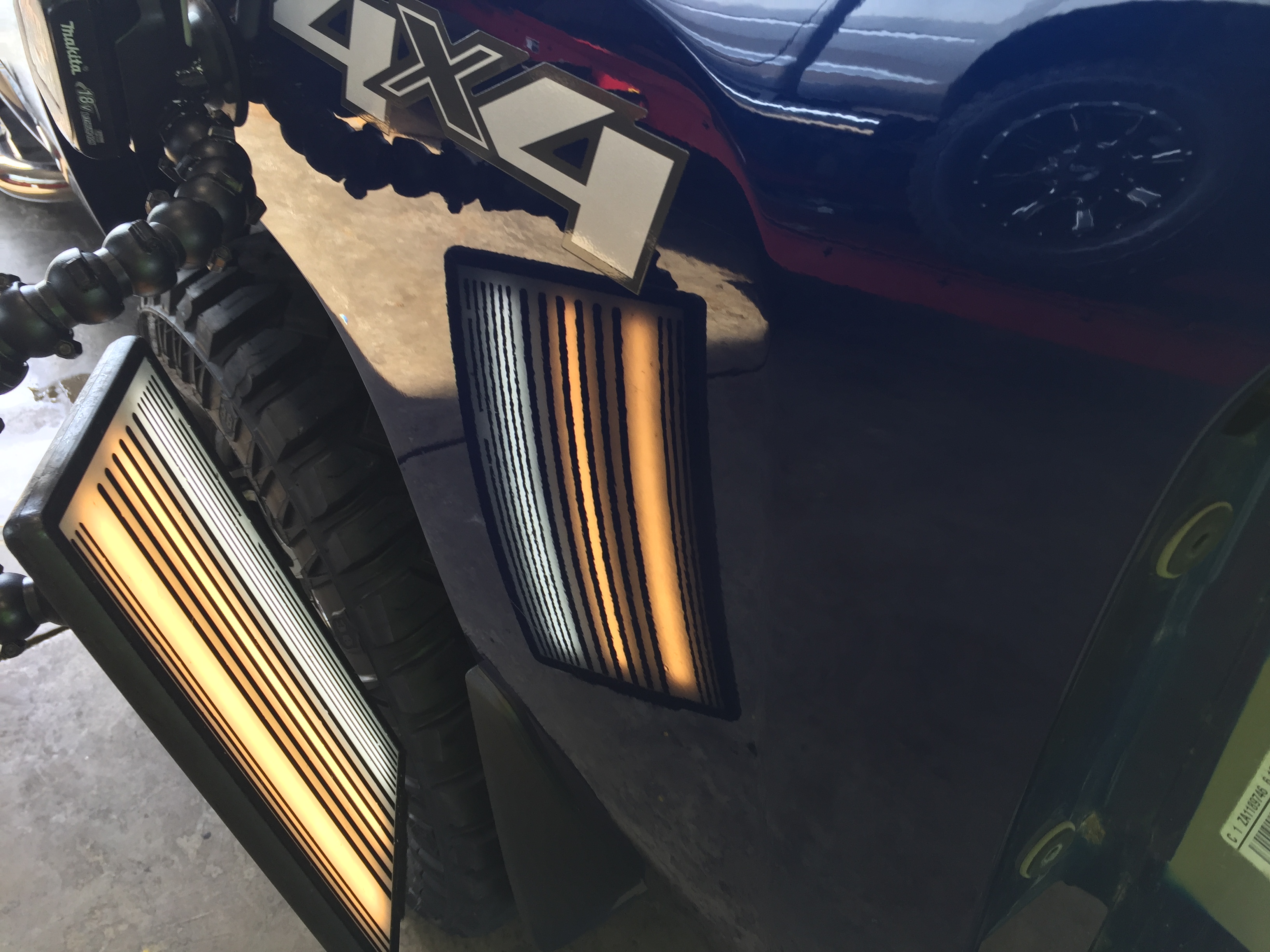