This 2015 Chevrolet Cruze had a deep and nasty dent on the passenger fender.  This dent is a very complex dent and requires a lot of time and patients.  This dent was removed on site with Mobile dent repair process, by Michael Bocek out of Springfield, IL. 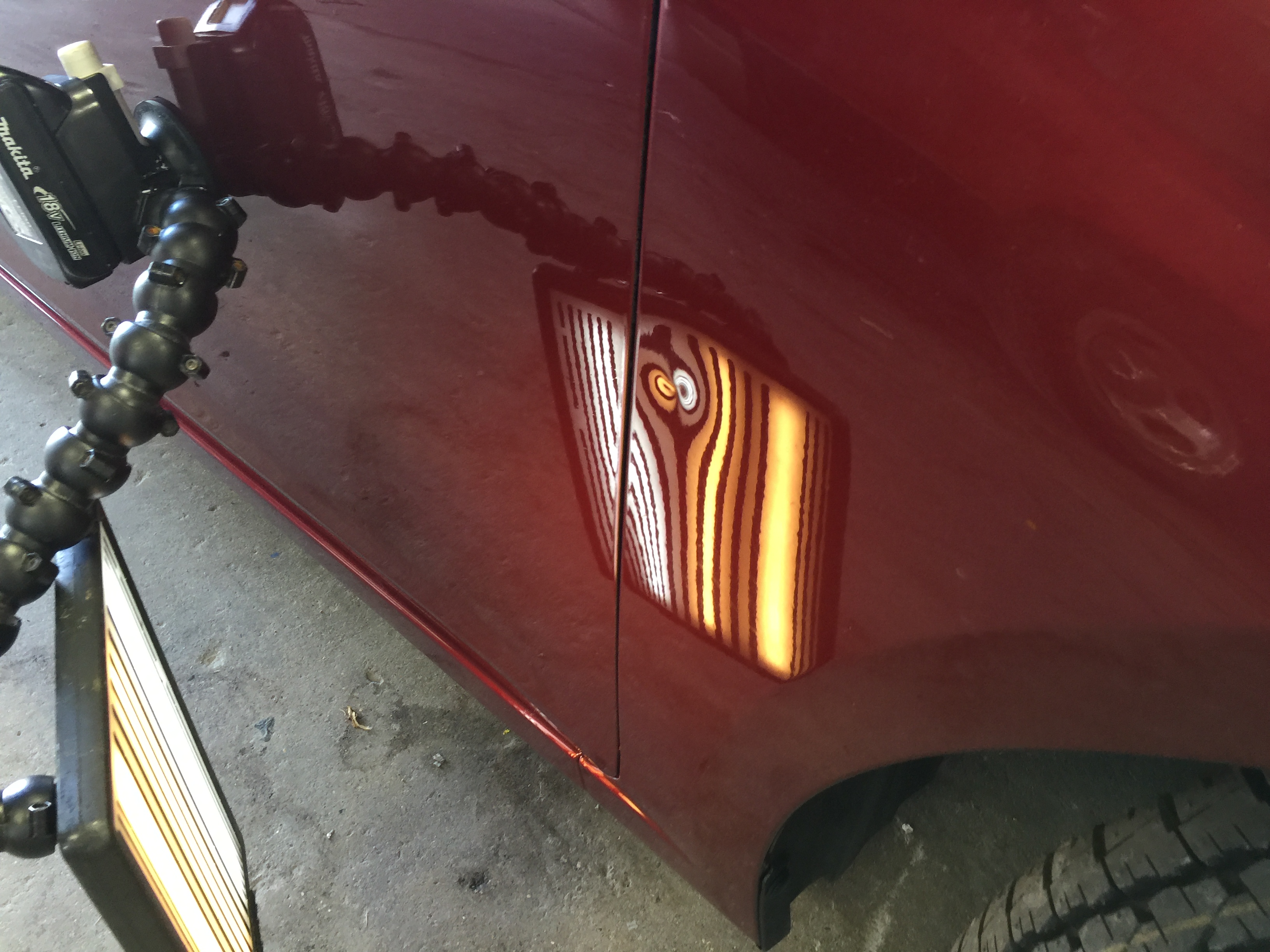 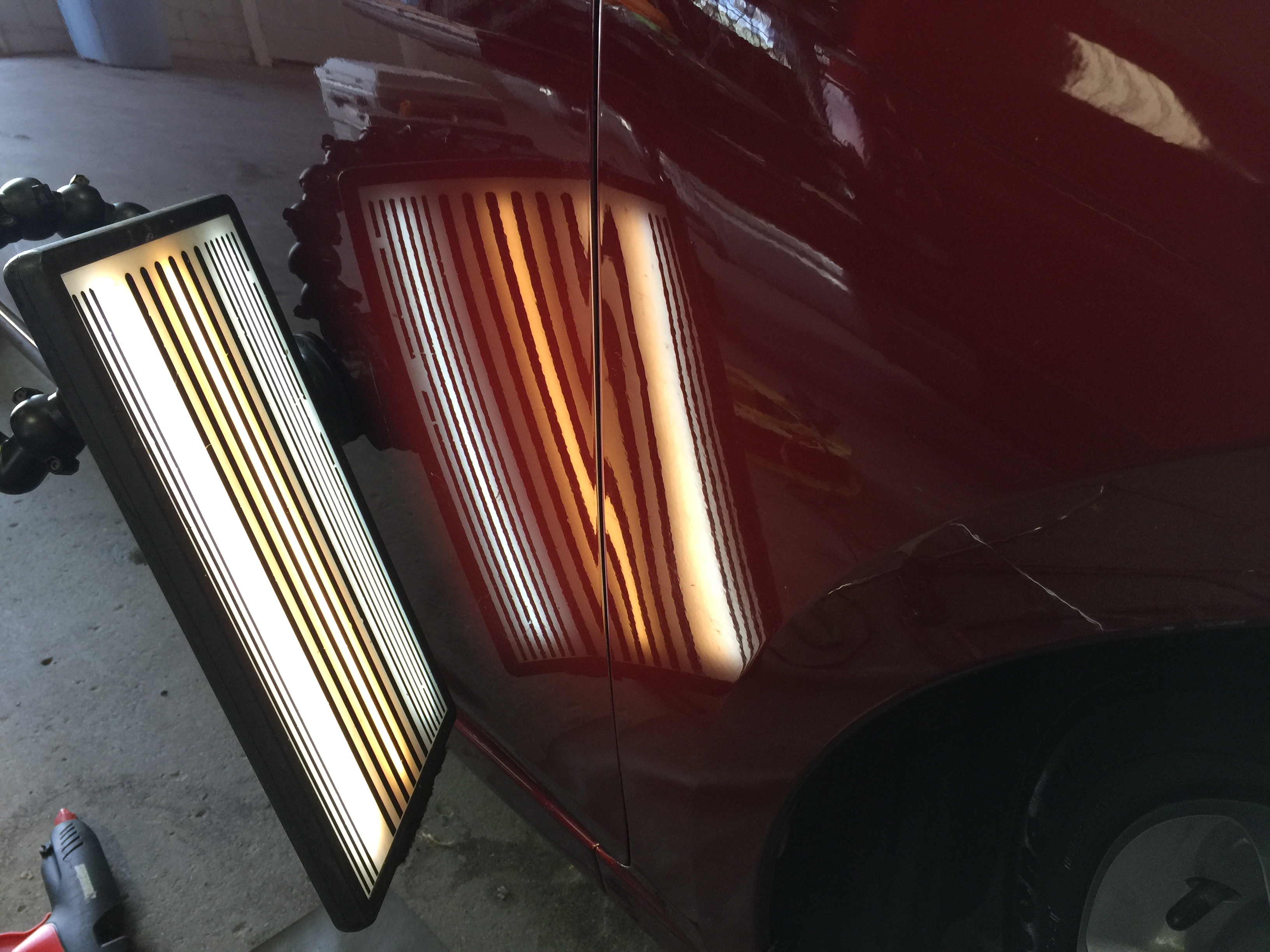