2016 Ford Edge.  This new vehicle has less than 600 miles on it, and Michael Bocek was called in to perform the Paintless Dent Removal process on this sharp dent  on the passenger rear door, in Springfield, Illinois. This repair was done with Mobile Dent Repair. 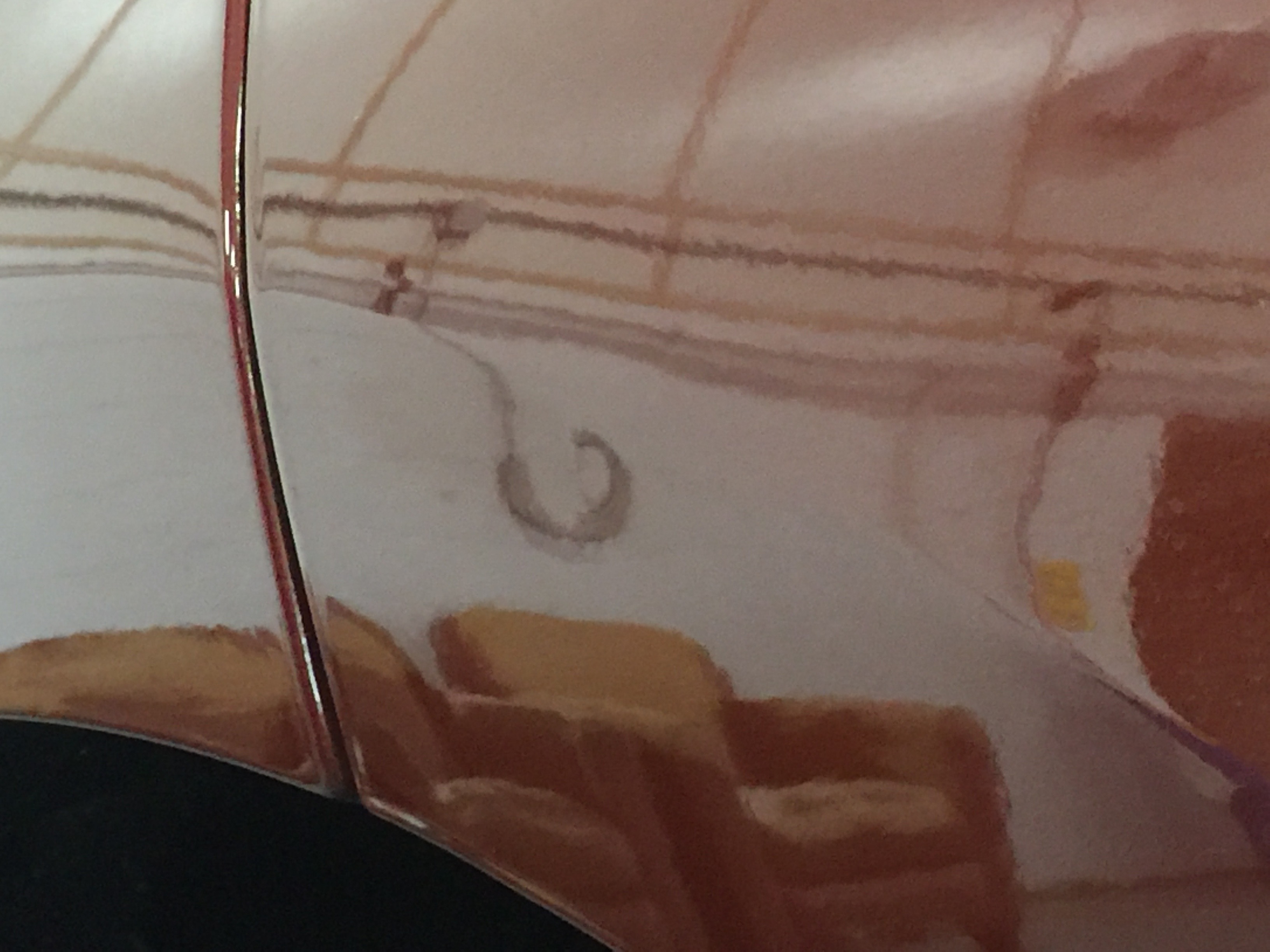 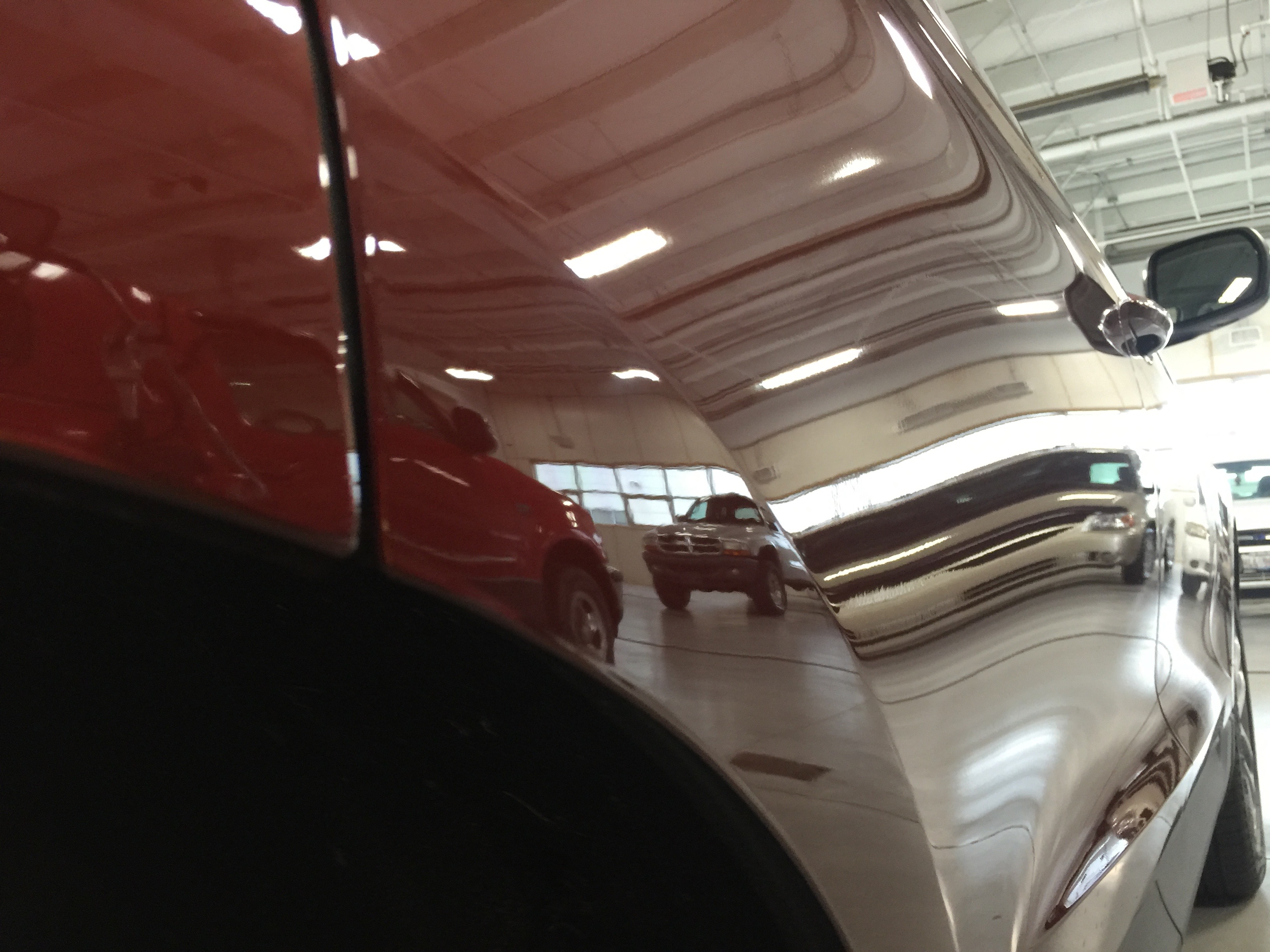