2014 Cherokee Dent Repair.  The dent was in the roof rail above the driver’s door, this dent is a no-access dent, and had to be removed with the glue pull process.  The dent is doubled paneled and the process to remove this dent is very time consuming.  However the dent was removed, and the customer maintained the factory finish.  By Michael Bocek out of Springfield, IL 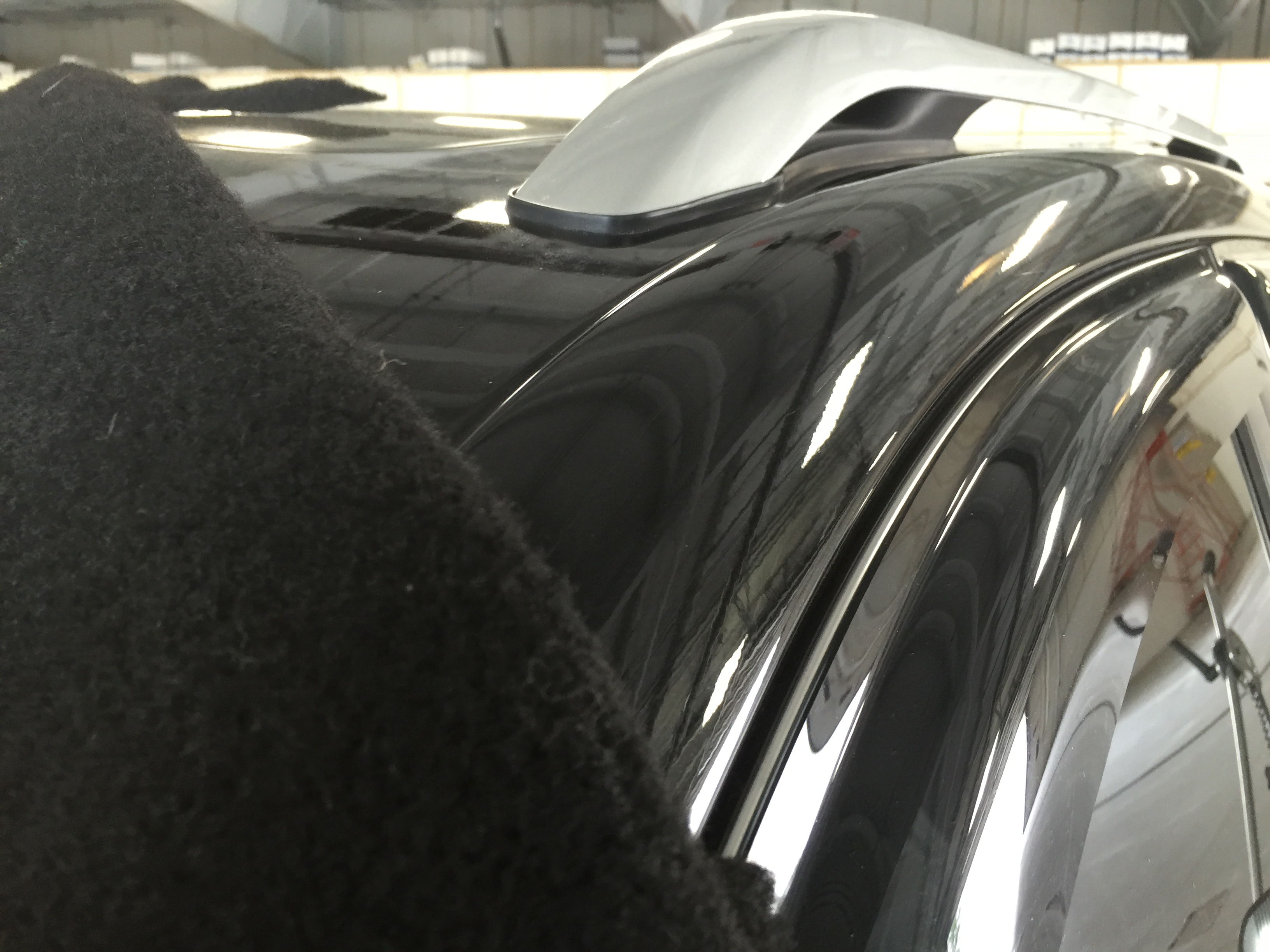