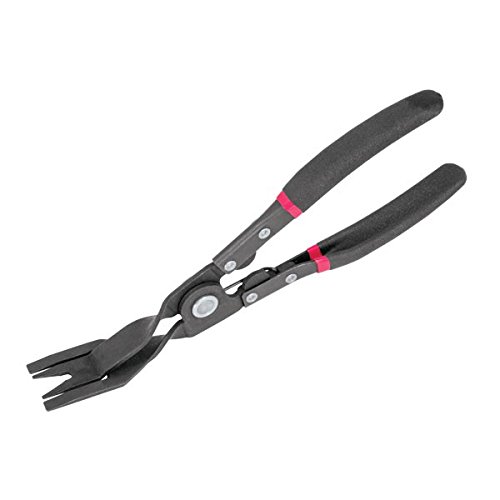 *Similar tool used in video to remove interior clips.  I tried and could not locate the manufacturer or the tool on google or amazon.  However here is a similar tool that will work the same.  I actually use to own this one, and it was misplaced or left in one of my vehicles.  The green was was the replacement.  Click Image for tool link.

Ultimate Compound, and Quick Detail.  These are used in the video for finishing and cleaning up. Sometimes before the repair, but always after.
Available at: Walmart, Autozone and many more. 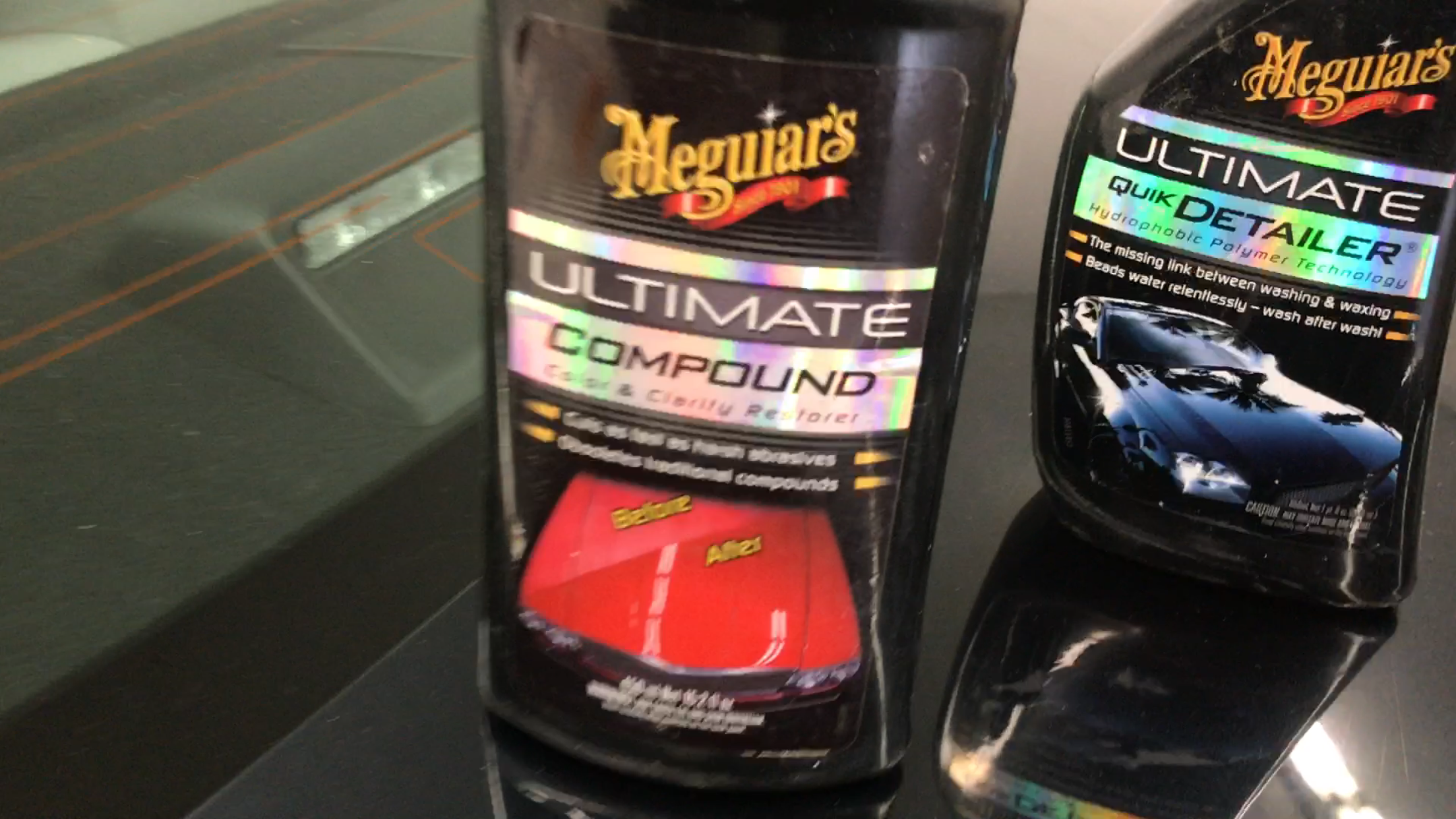 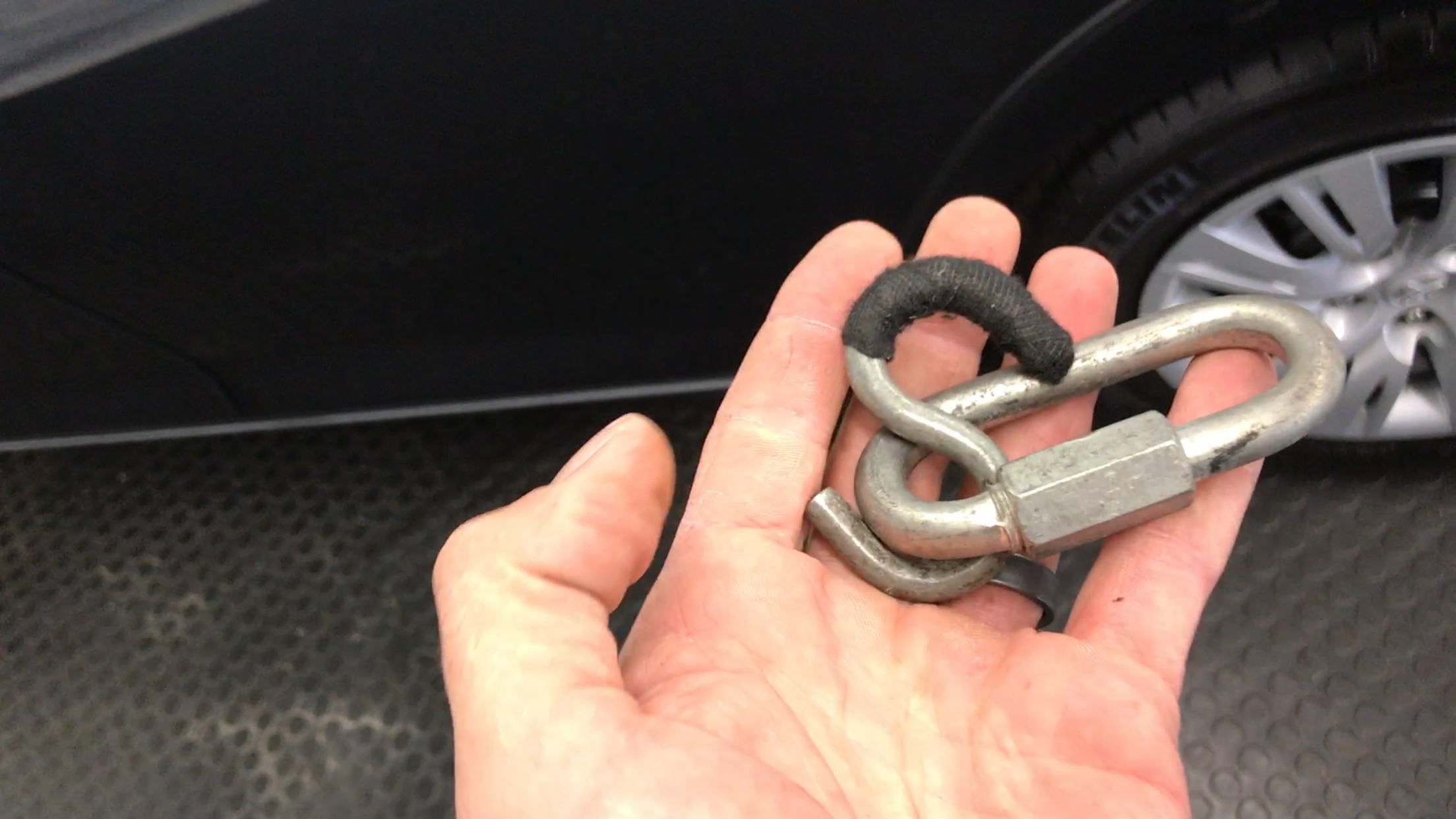 *Similar tool used in video to provide extra leverage, to be used with the Dent tool itself.  These tools can be found at your local hardware store, however the link on the image is a similar setup.  I have added the cloth tape to protect the vehicles e-coat and finish.  Even though the finish is not visible and is covered by the interior liner, I still take extra precaution to maintain your vehicle as original. The cloth tape can be purchased on Amazon, and usually comes from overseas.  This can take up to 6 weeks to arrive.

This “50126” is a MUST, do not go with any other, it’s more expensive, but there is no comparison.  This is the tape that was used to soften the tip of the dent tool used in the dent removal video of the 2011 Toyota Camry.  Usually takes 3-6 weeks and ships from Germany. 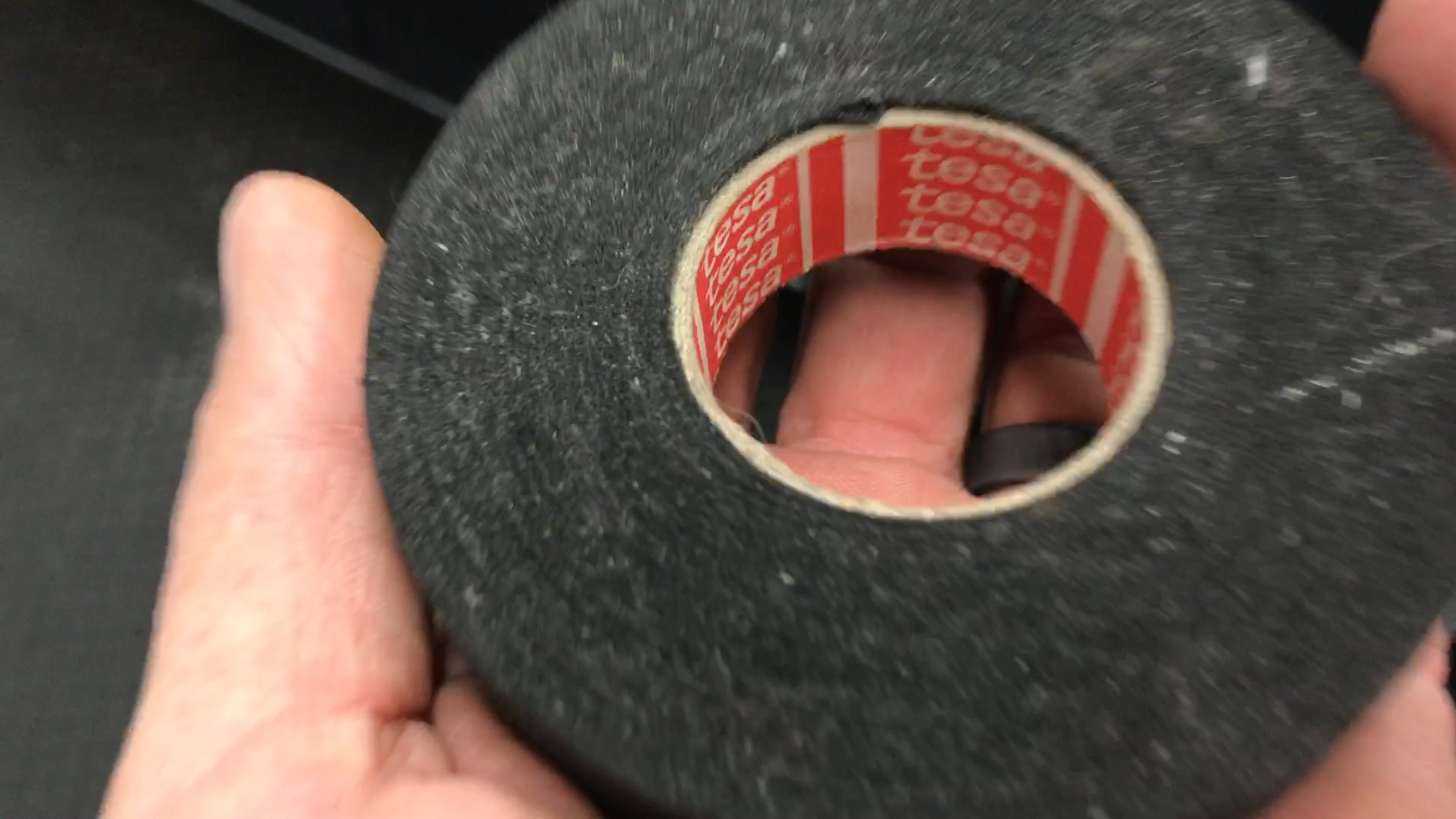 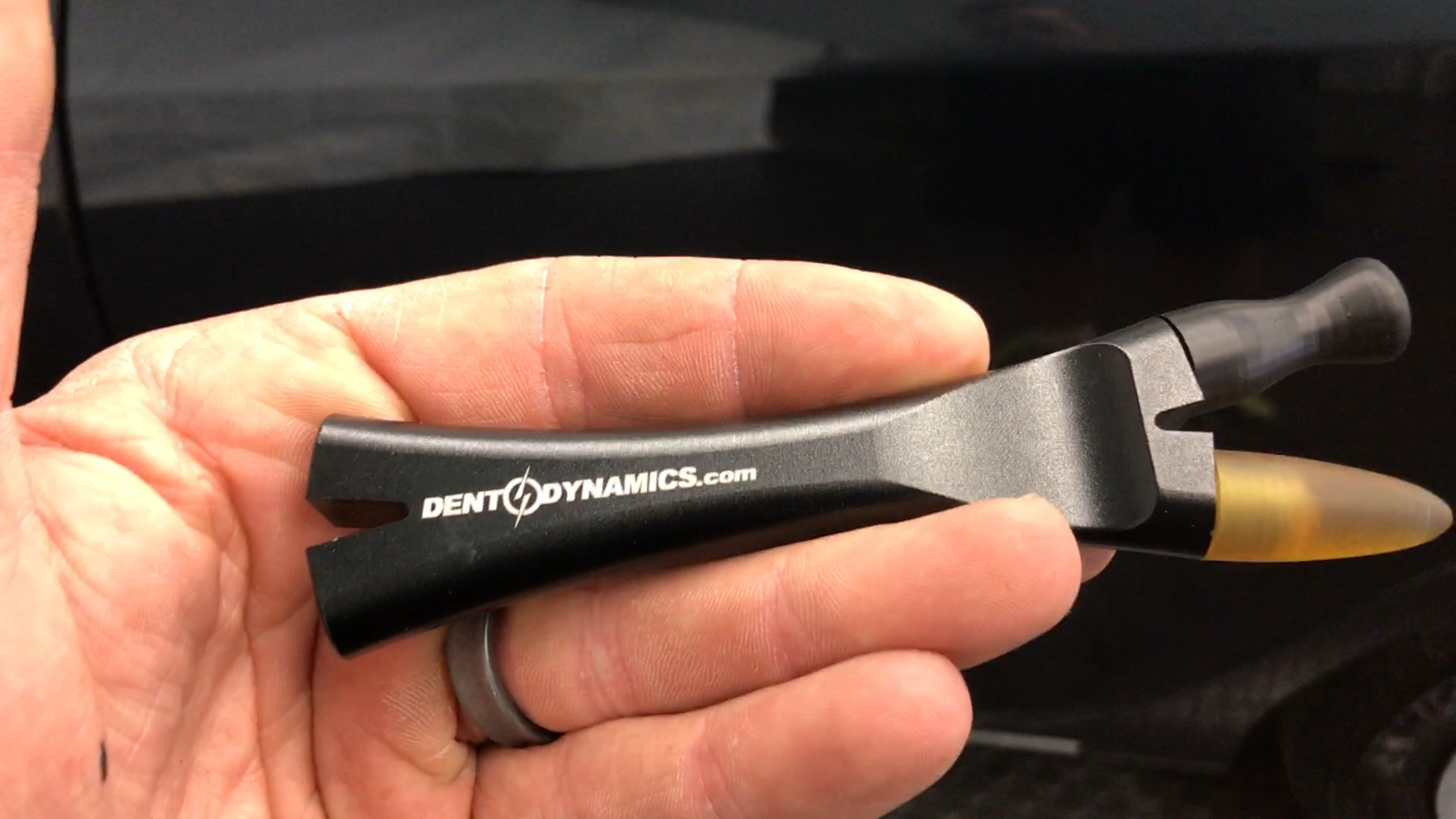 This is a duel tool, it’s two in one, to speed up the dent removal expert. I use it for speed.  These tips are changeable, but comes with two.  WITH TIPS: Includes FatBoy Tip (SKU 3006) AND Ultem (Root Beer) Tip SKU 3007 (As Seen in Video)

*Similar tool.  The one I used in my video is a custom made tool from a professional metal sculpture.  The tool in the link is Similar, but not the exact.  These should be used very gently, cause they can cause sever damage if you apply to much pressure. 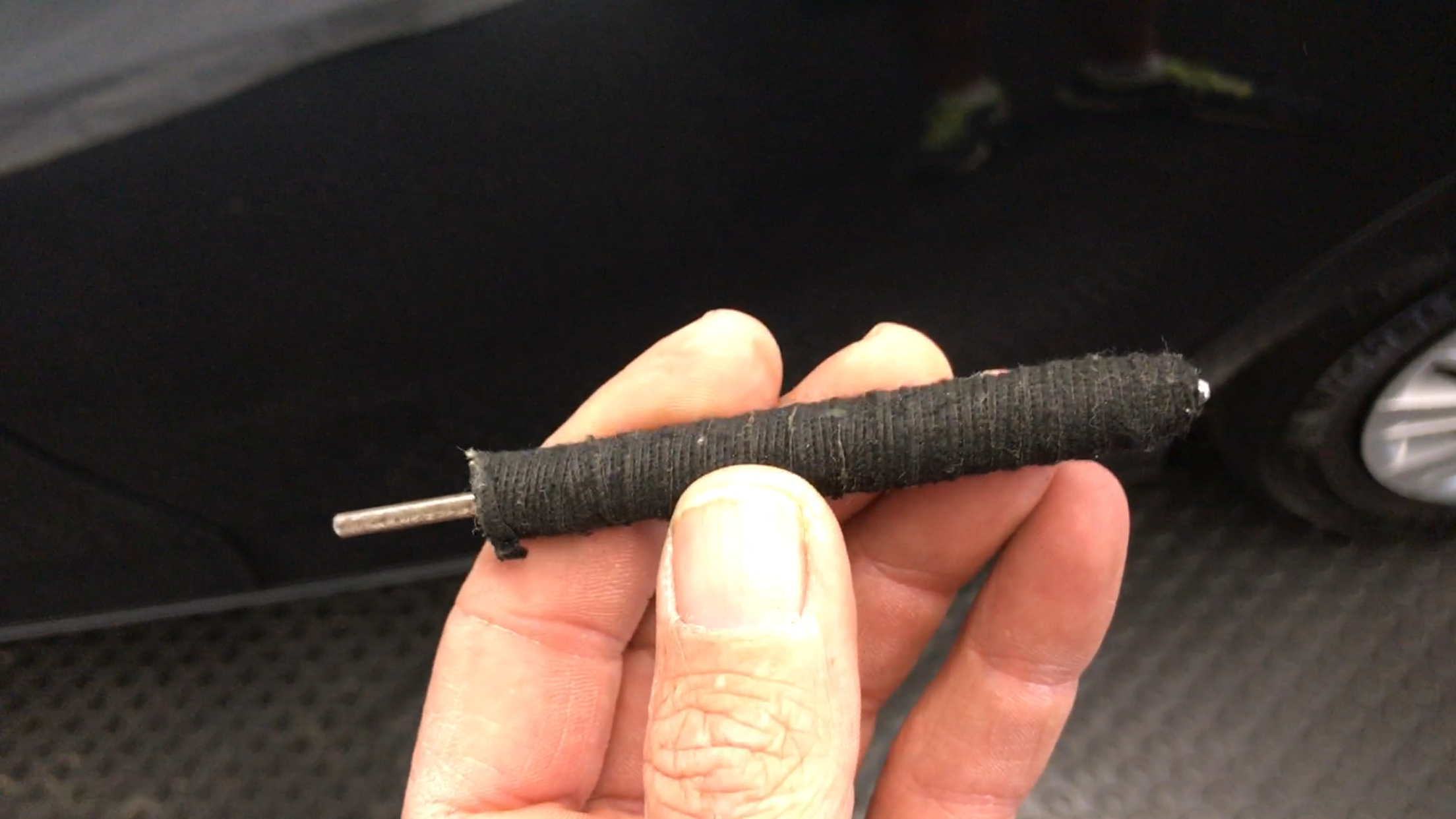 This hand crafted leather sided paddle was a gift and it was given to me after I competed in the 2016 World competition in Orlando. Known as the World Dent Olympics. He only makes 10-15 per year and gives them out as gifts. So no link is available, he doesn’t sell them.

Be a sponsor. Contact me about and let me know your interested in being a sponsor in the 2017 Olympic competition.

*Similar tool.  Due to the ever changing paintless removal, the handle and the tip may be a little different.  However, I would use this tool in a replacement situation or a competition when I don’t bring my tools.  Click the image for the direct link to purchase this tool. 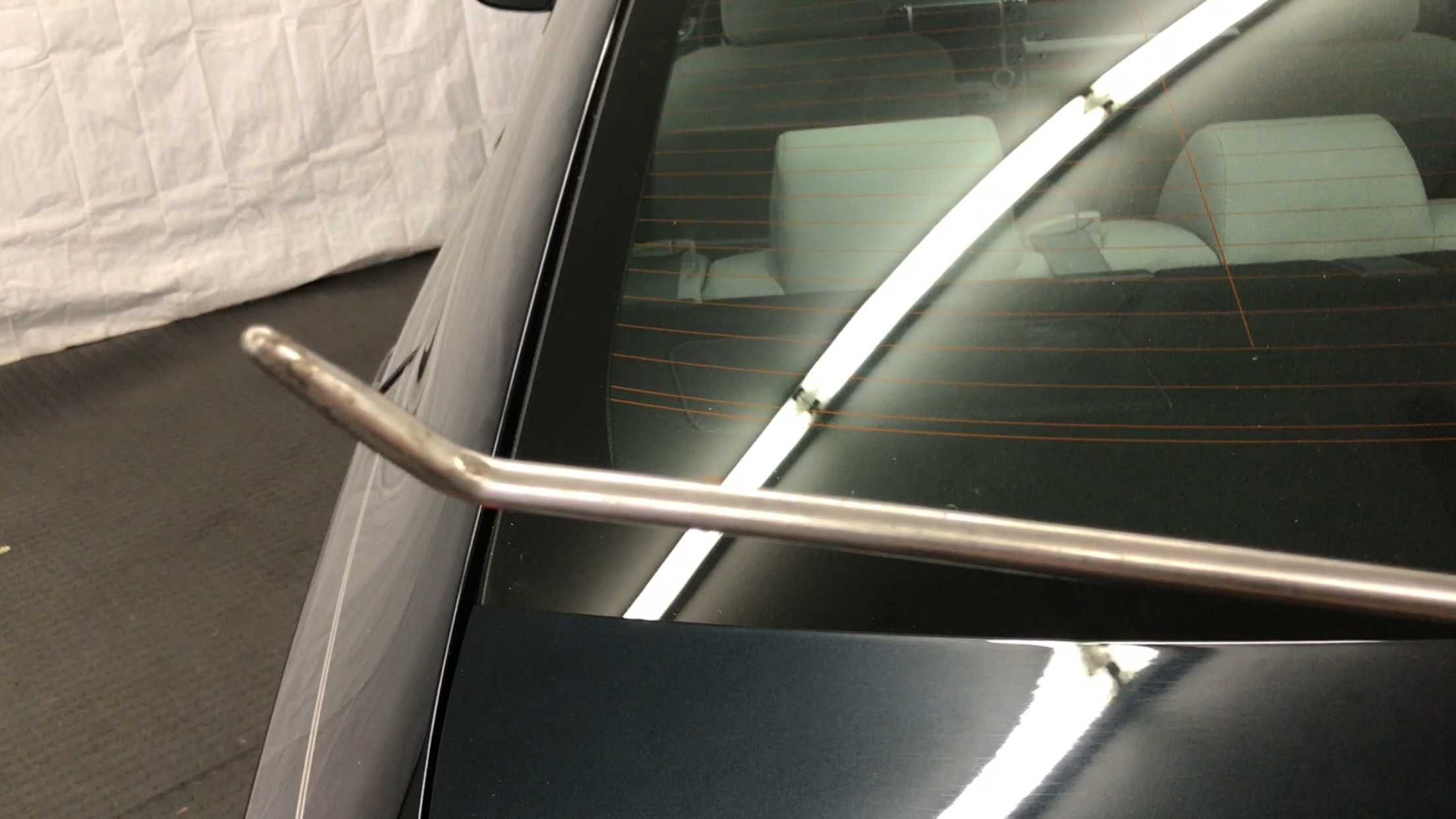 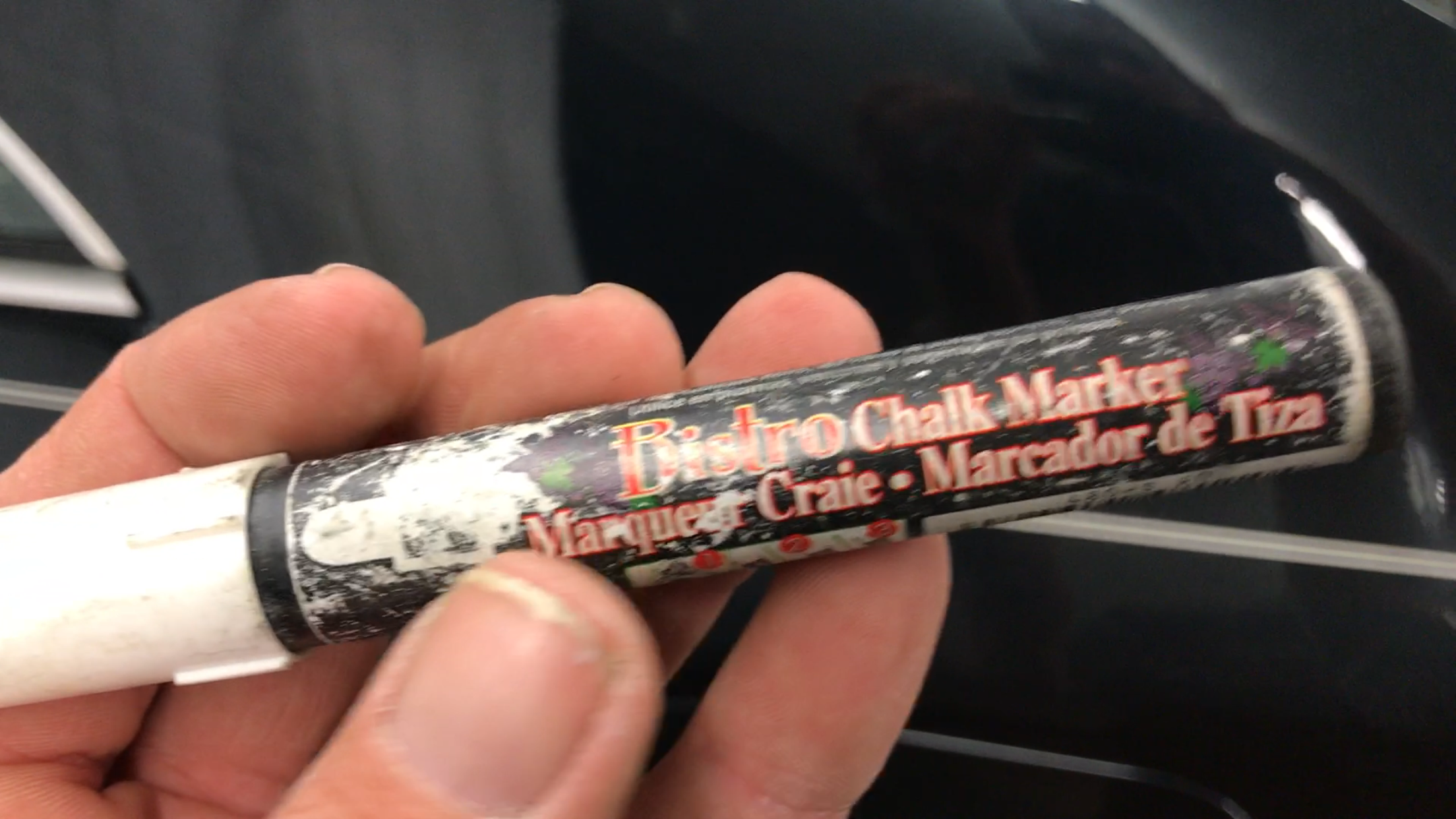 This marker is non etching and won’t mess up your paint, it’s easy to come off and used by professional dent experts around the world, along with insurance adjusters and body shops.   Click Image for more information.

*Similar tool.  Due to the ever changing paintless removal, light has been upgraded and the one in the image is years old.  The one in the link is very similar to the one I used in this video, but brand new. 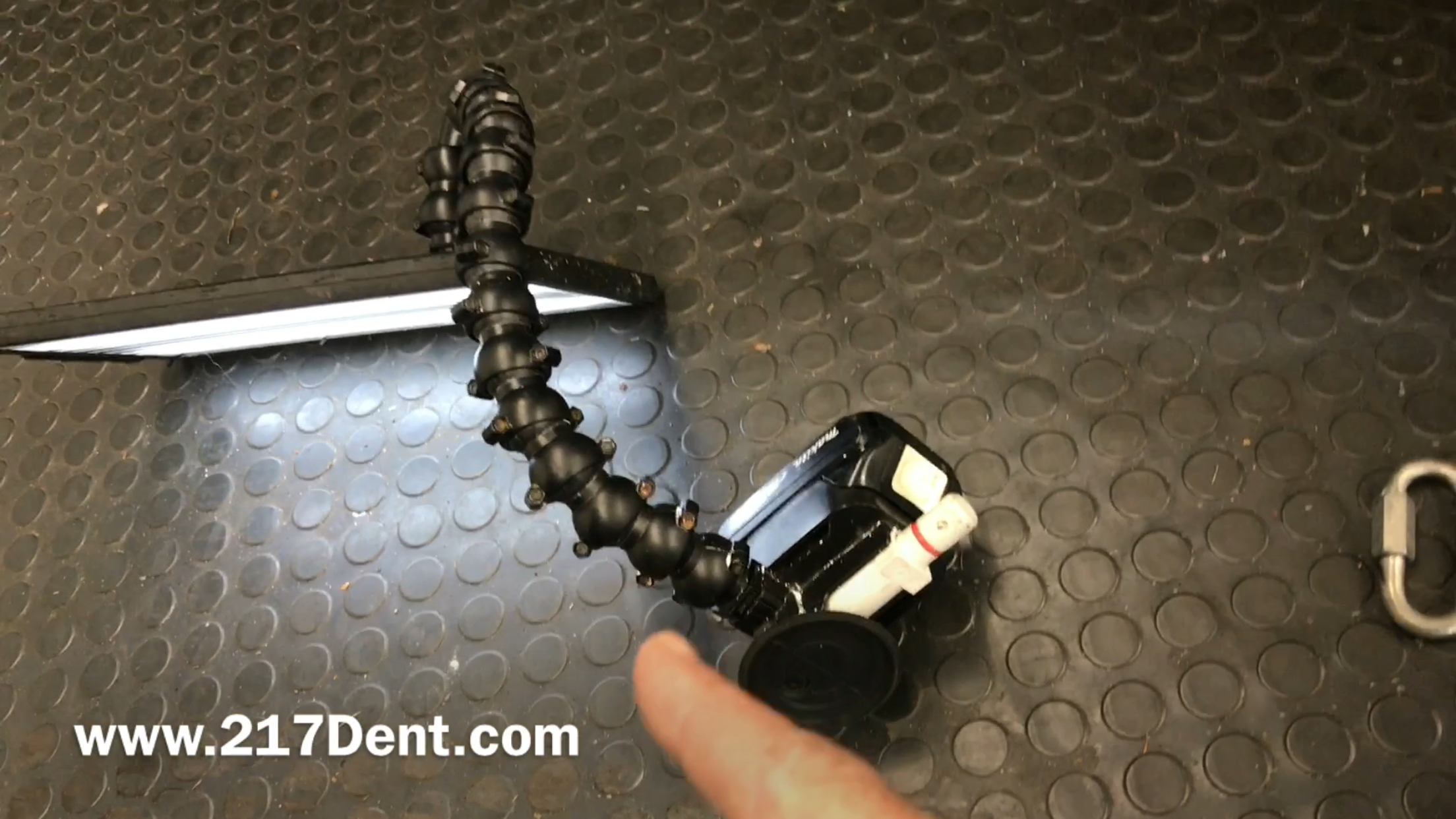 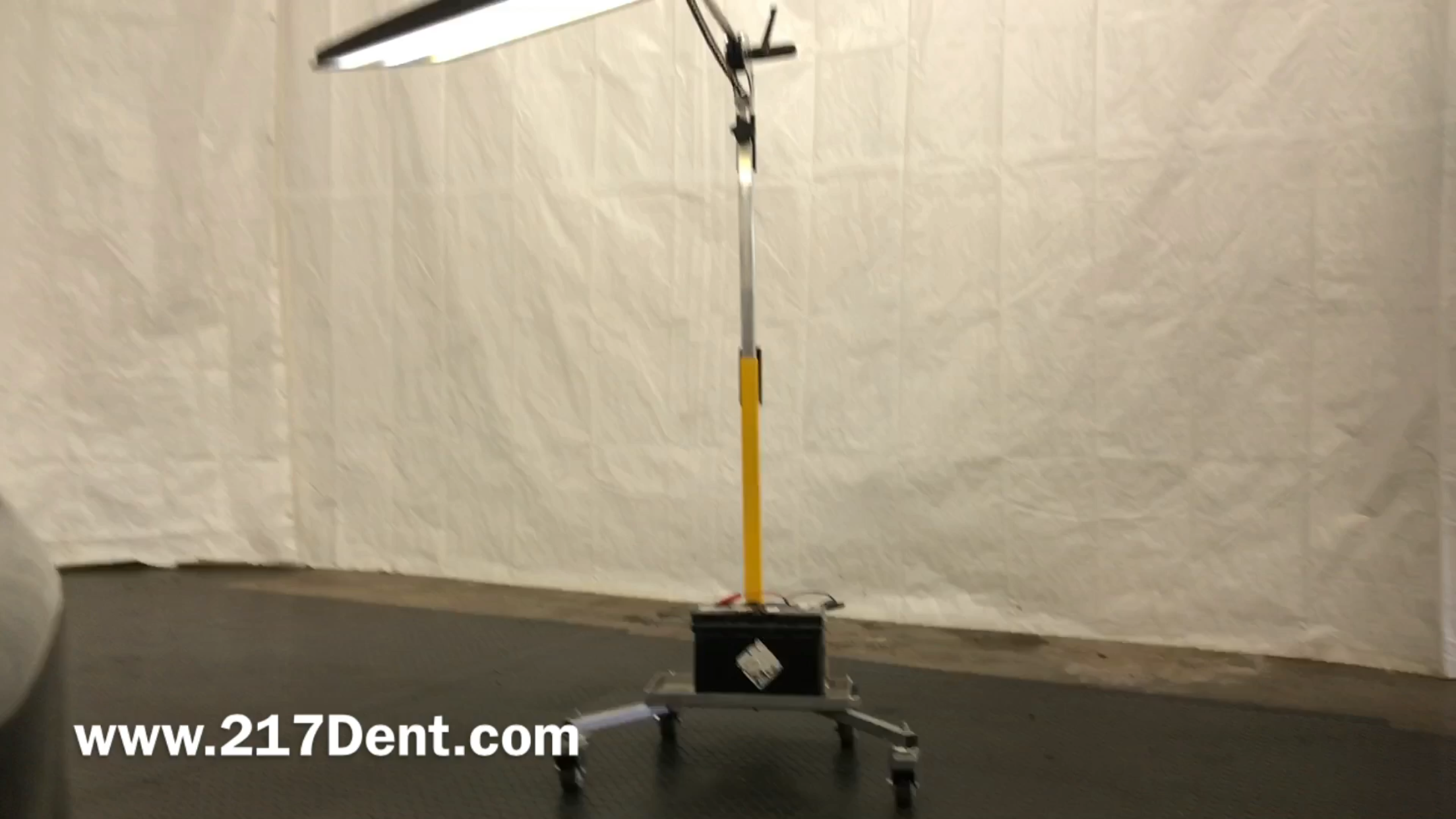 This is the light only you will need a stand and a battery also, this light is great for not losing the dent due to the movement that is required by the tech.  As you can see in the video this light give a great reflection.

*Similar tool.  Due to the ever changing paintless removal, this tool pictured I can not find the supplier.  I have linked a similar tool to the photo. 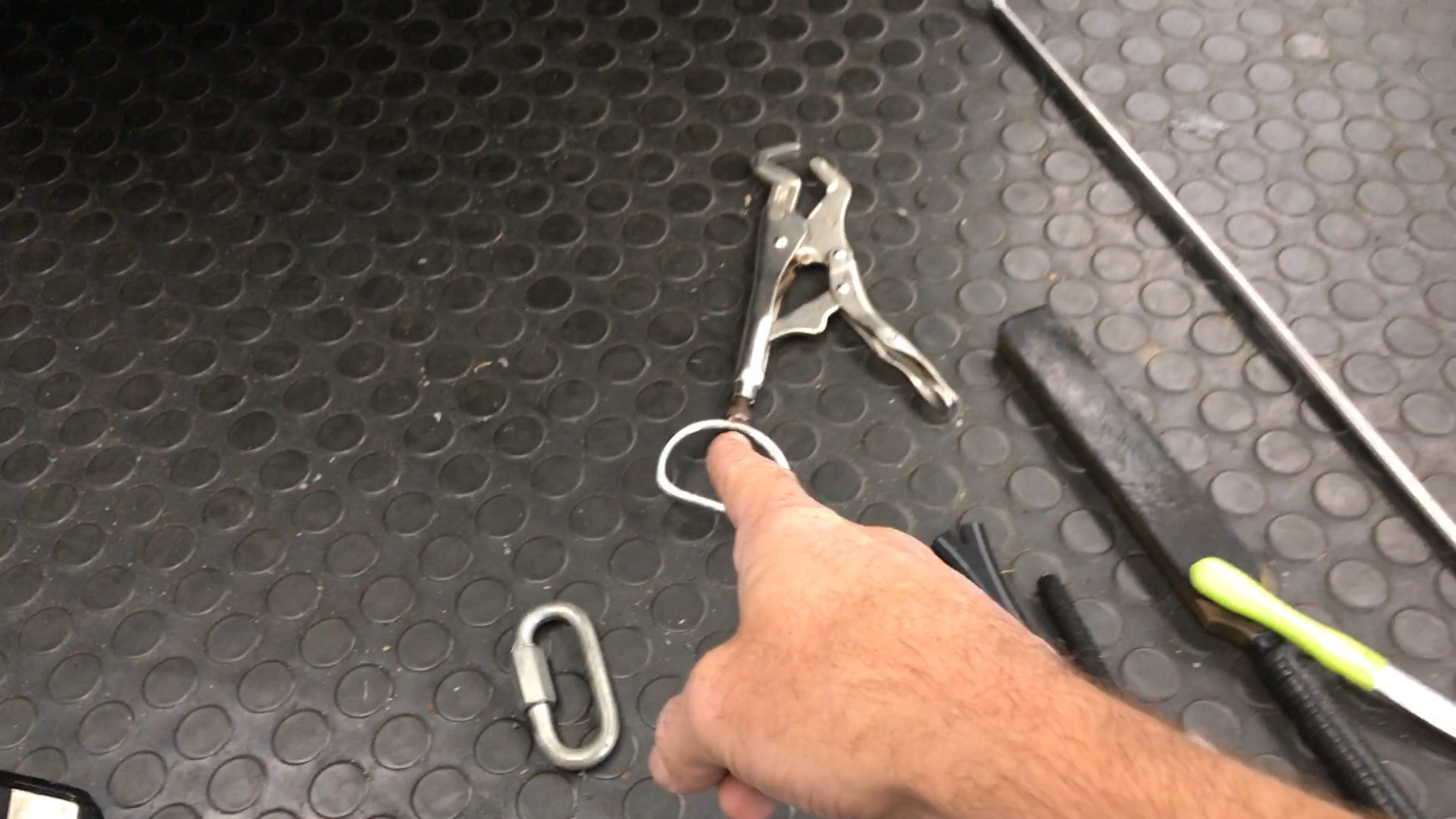