Springfield, Dent Removal, 2011 Chevy HHR had a sharp dent in  the drivers door, the access was through the factory access hole inside the door.  This repair was done on site in Pana, IL. You can see the before, during and after images.  This repair was done onsite at customers work location for convenience.  Second to none when the factory paint is undamaged!  No body shop needed for this repair! Michael Bocek out of Springfield, IL performed the Paintless Dent Removal process on this vehicle. 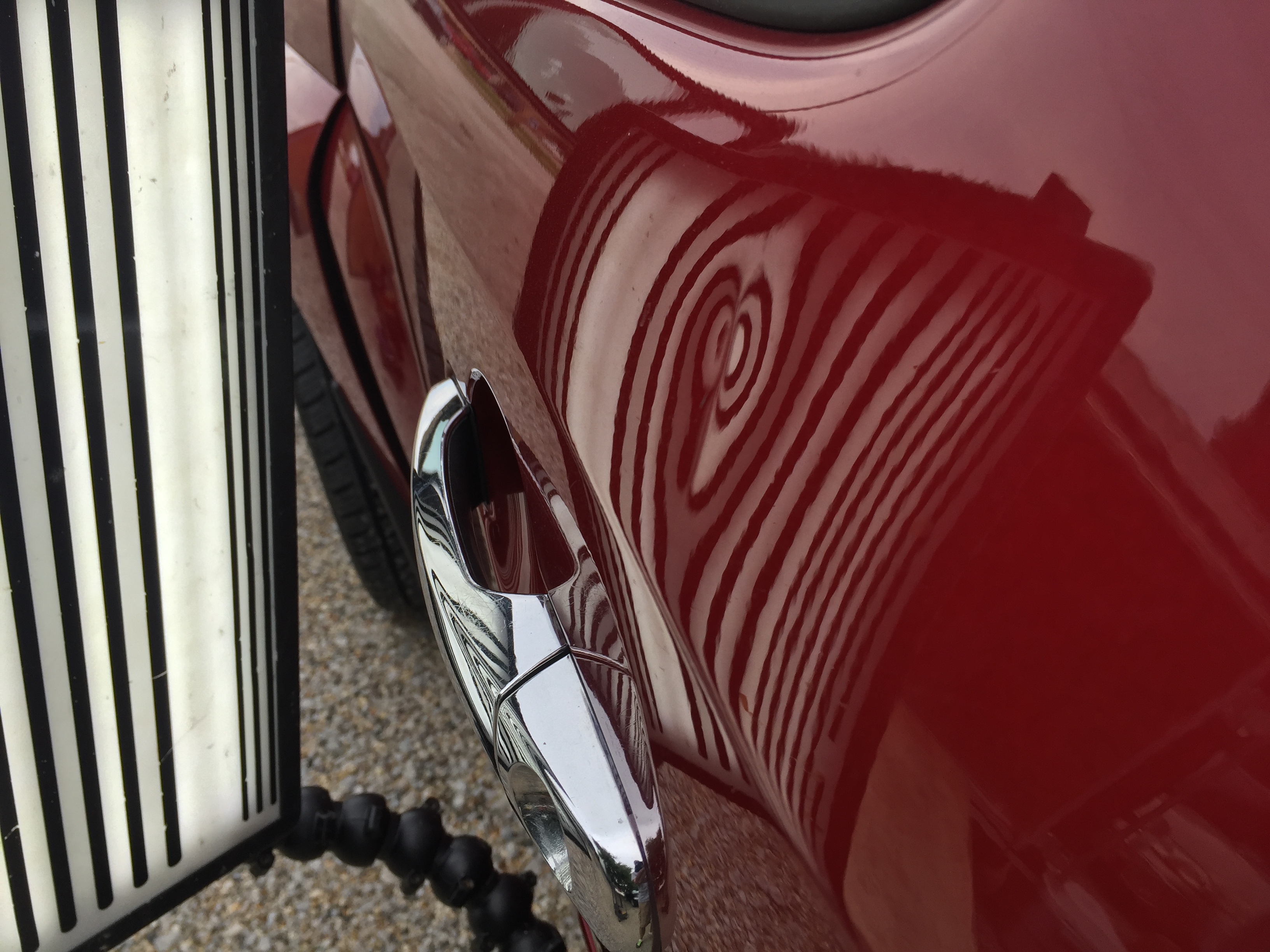 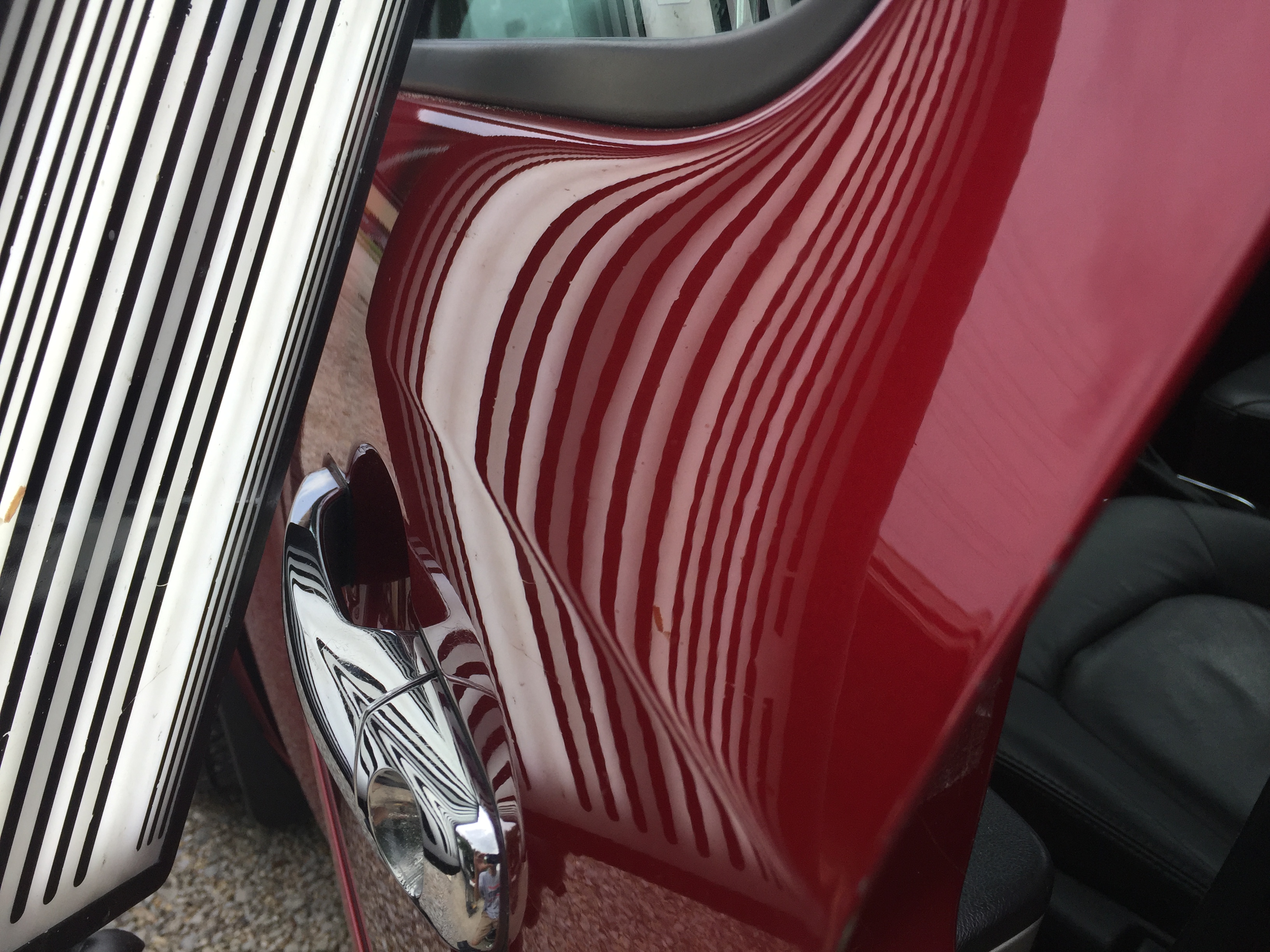 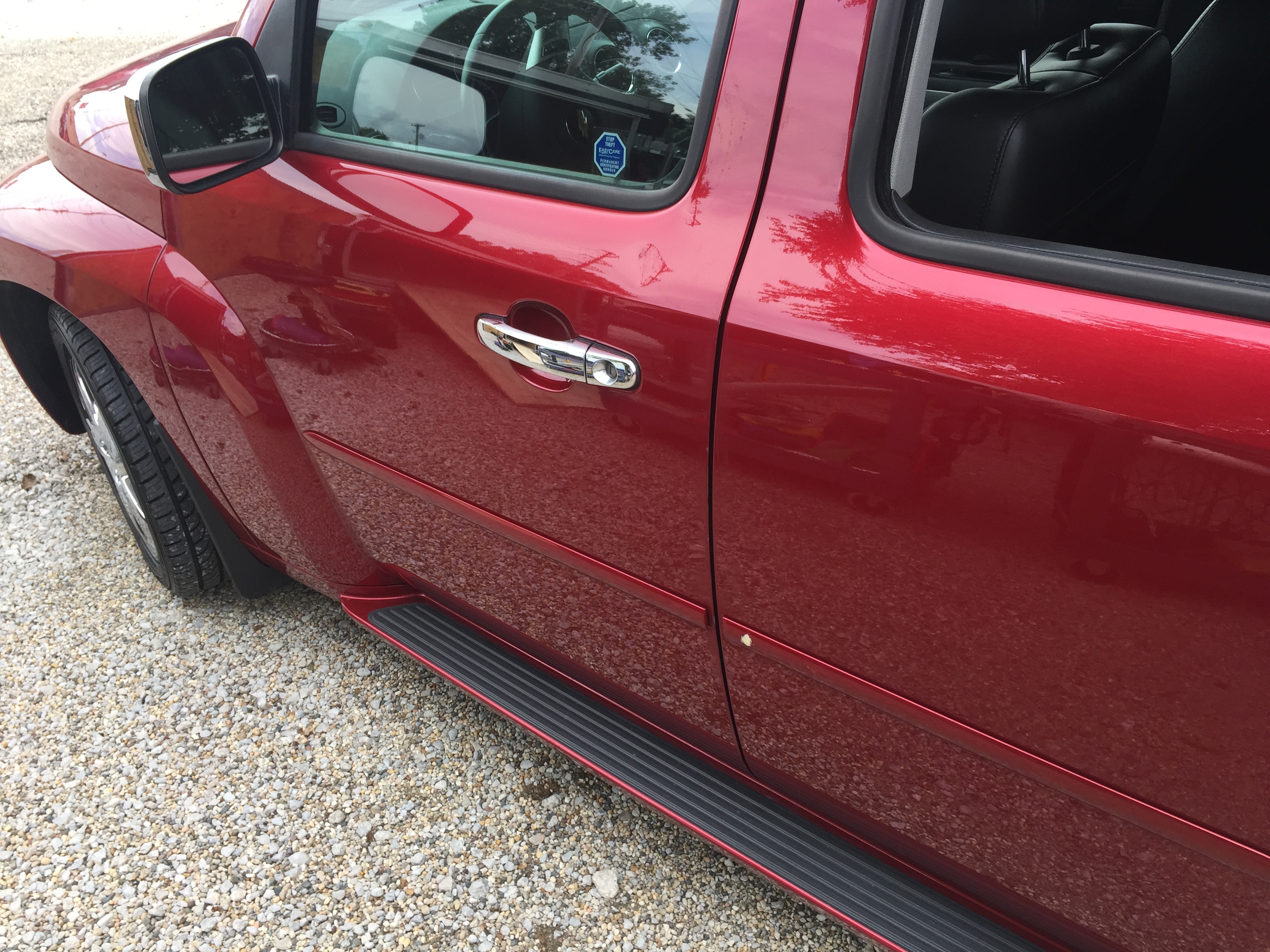 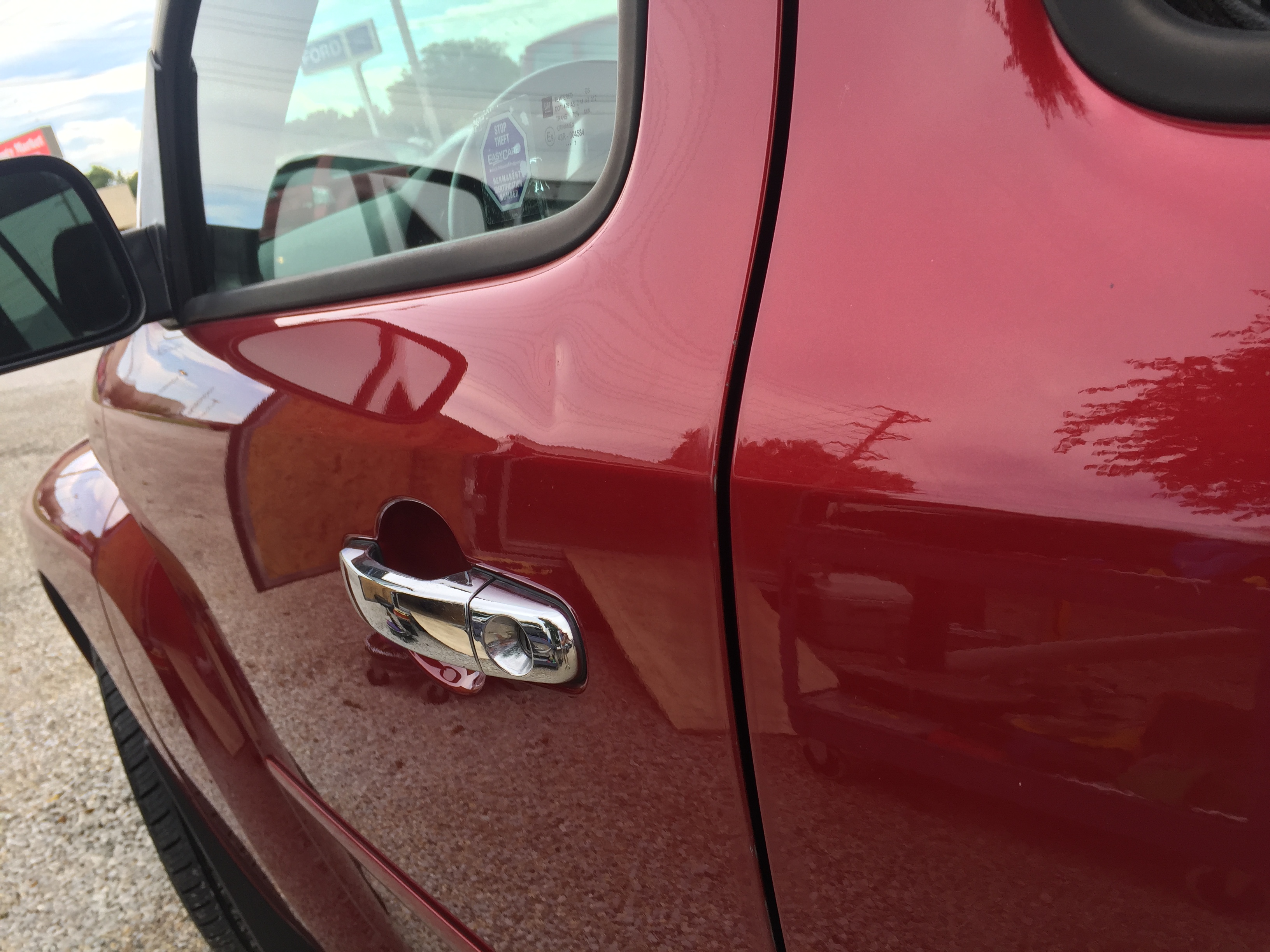 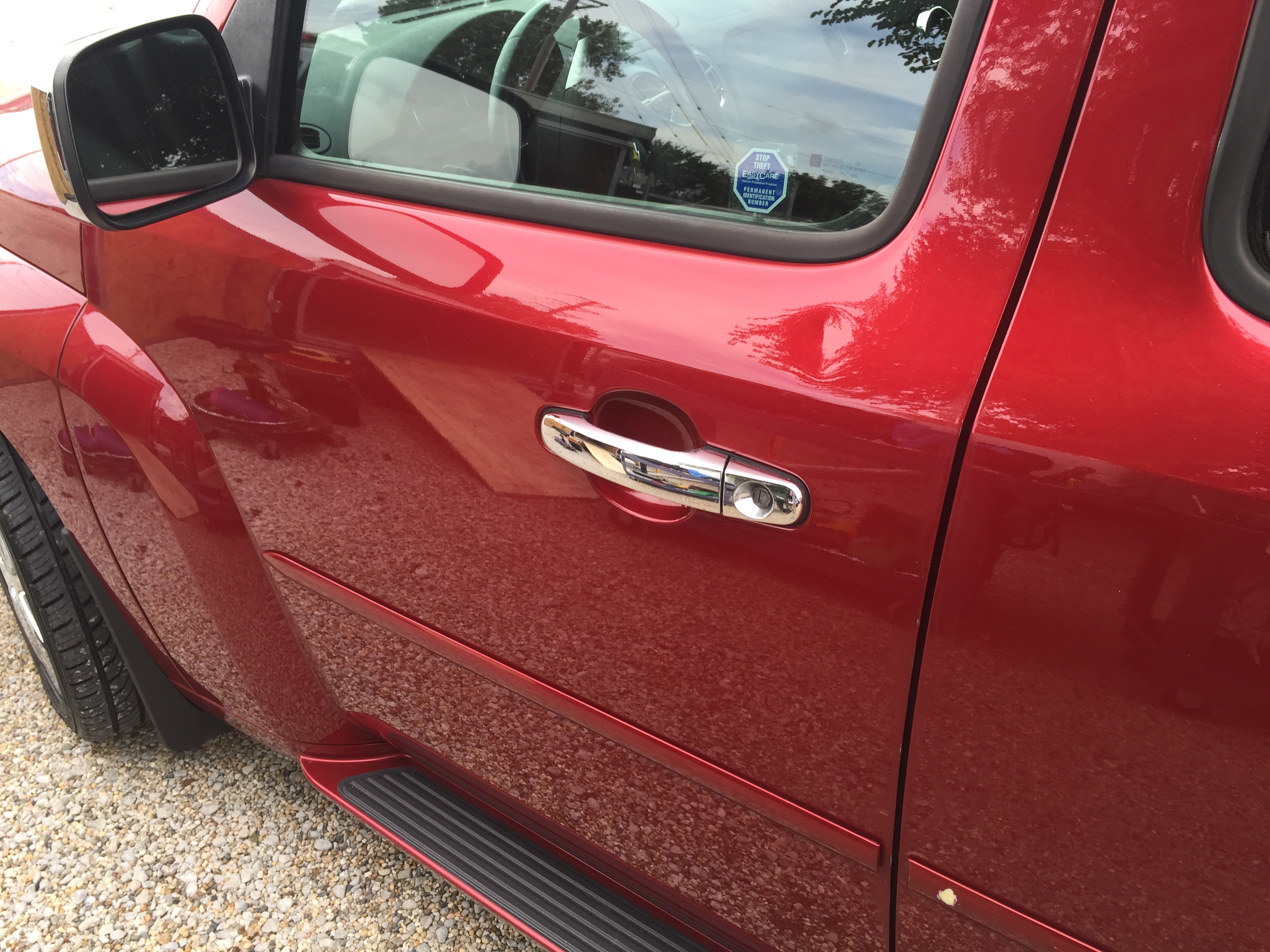 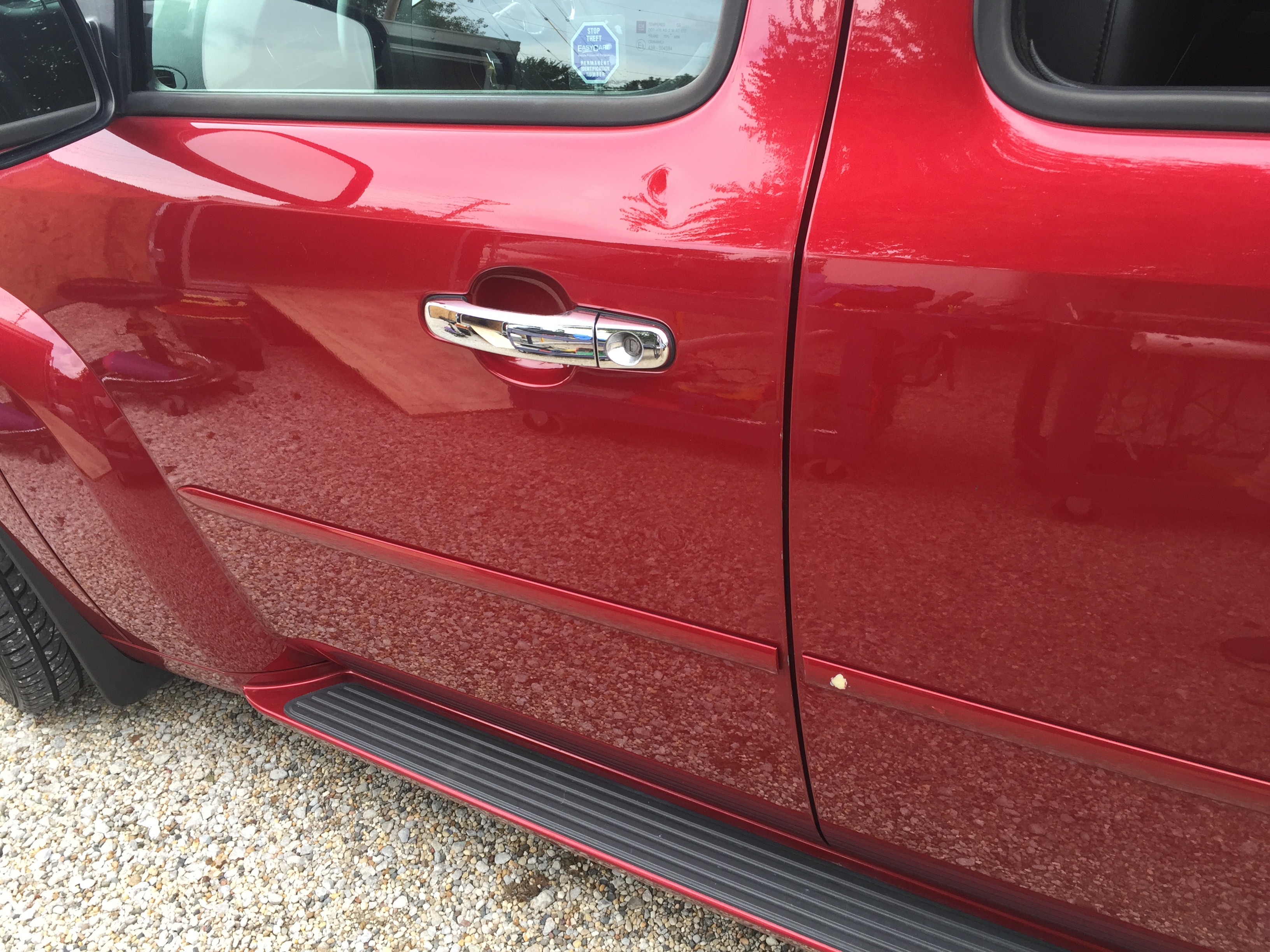 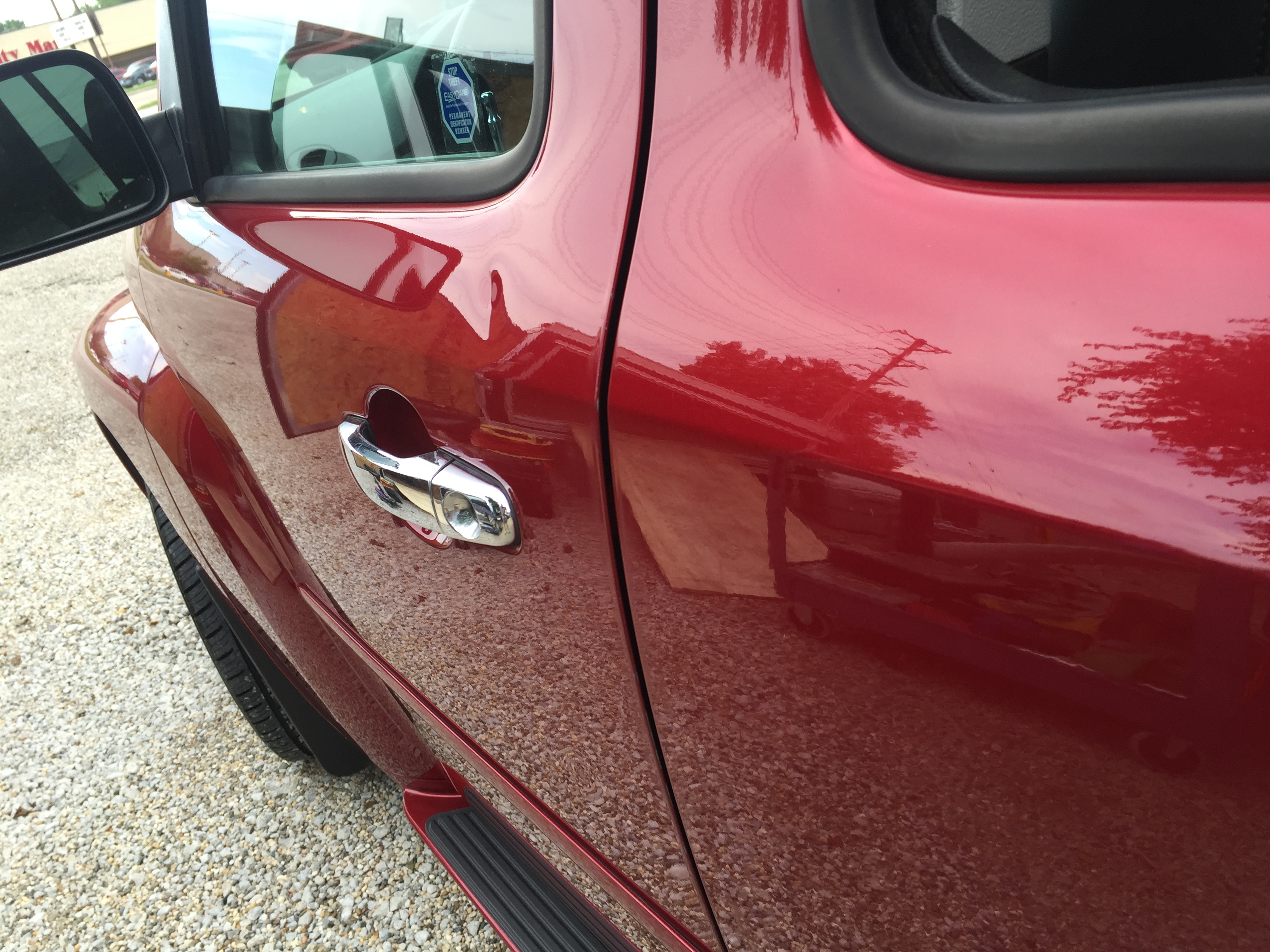 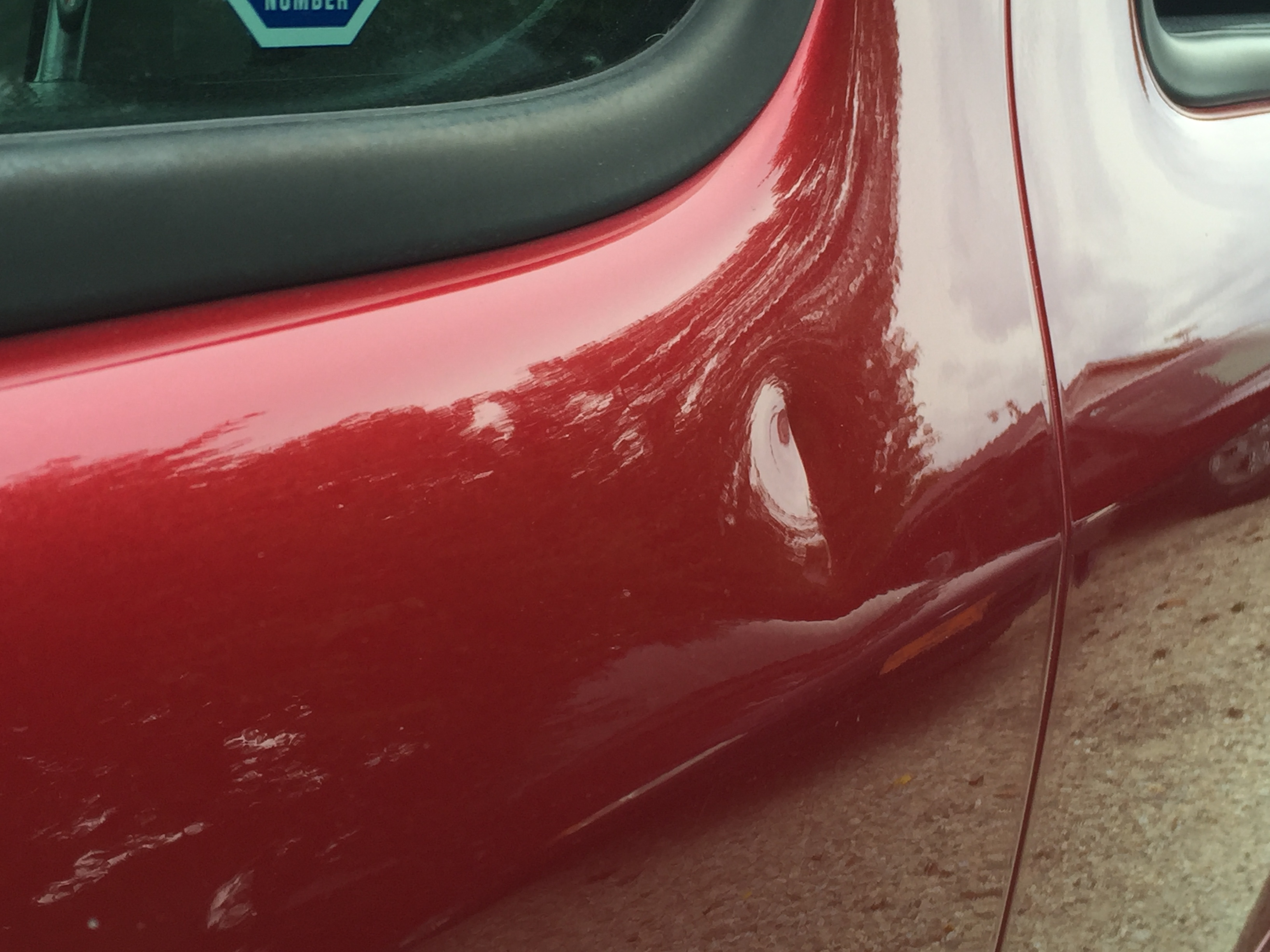 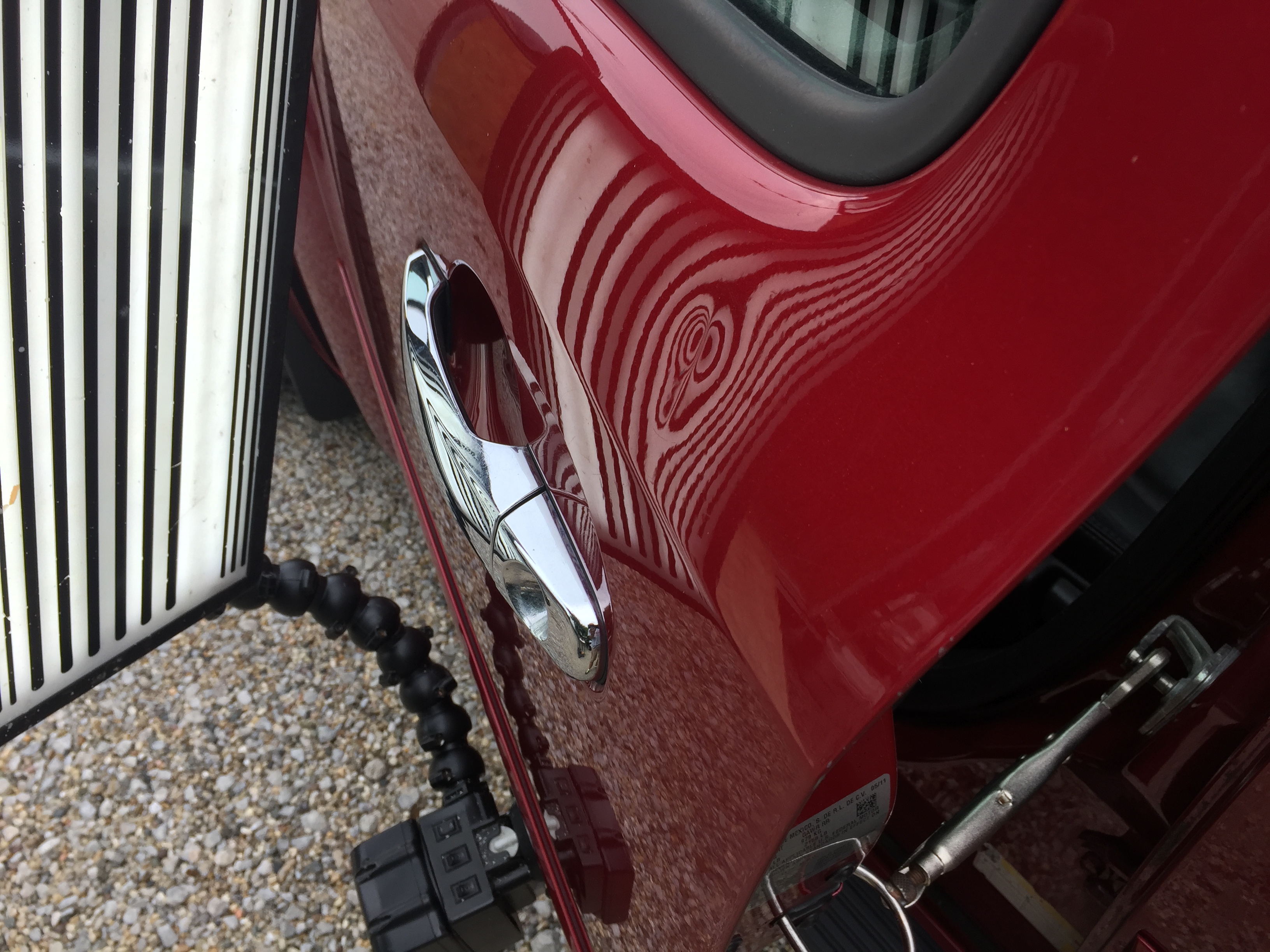 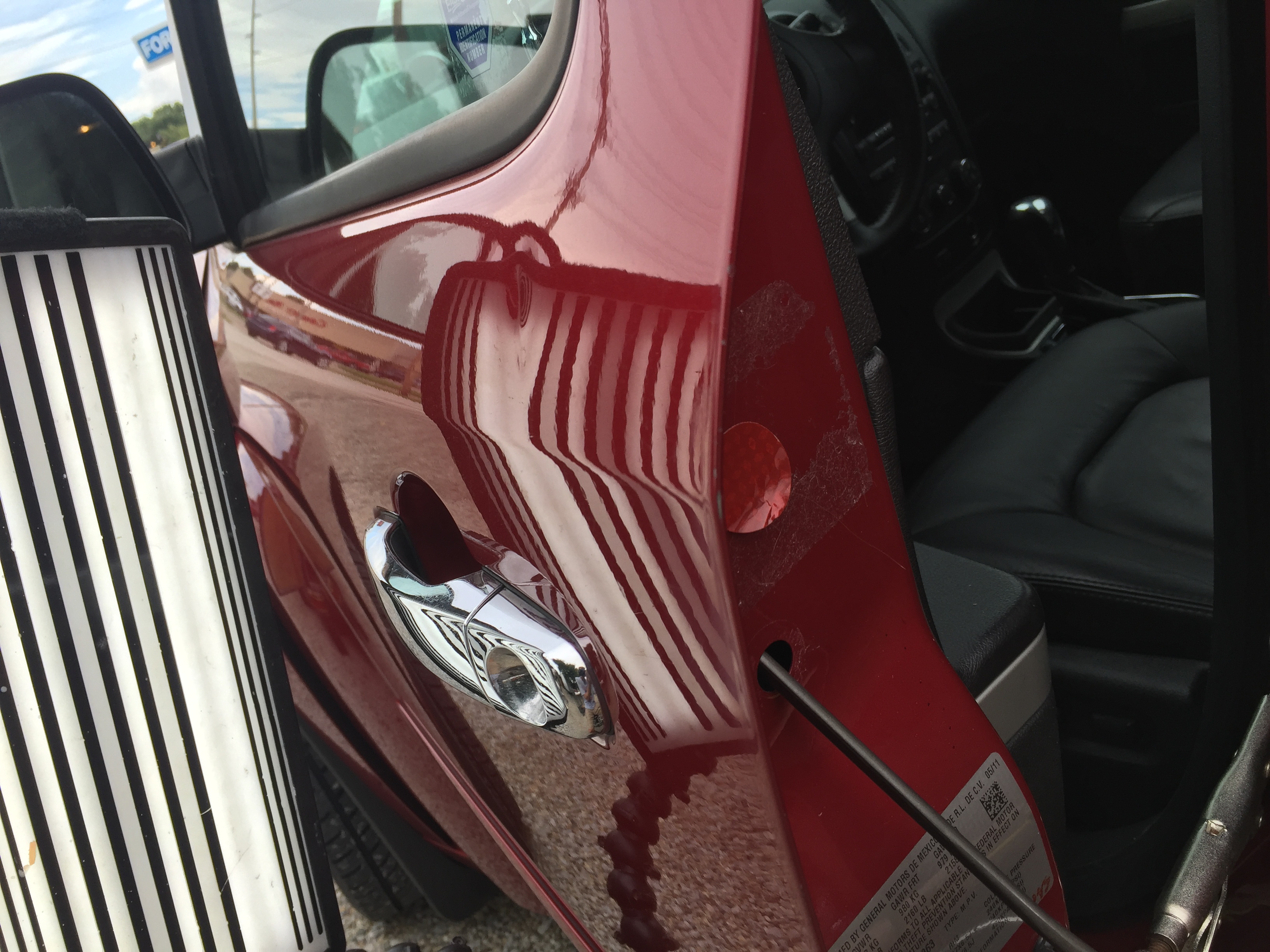 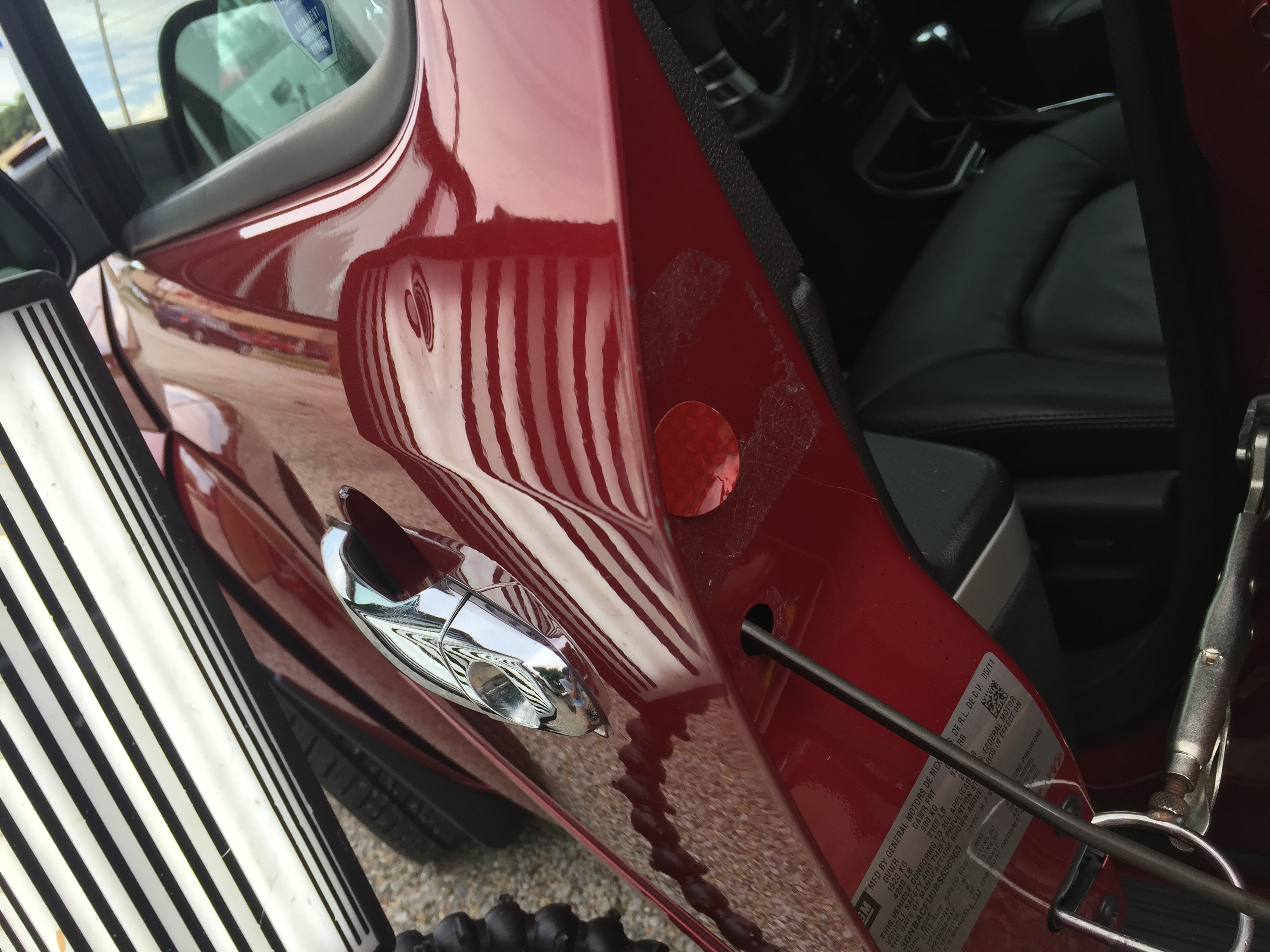 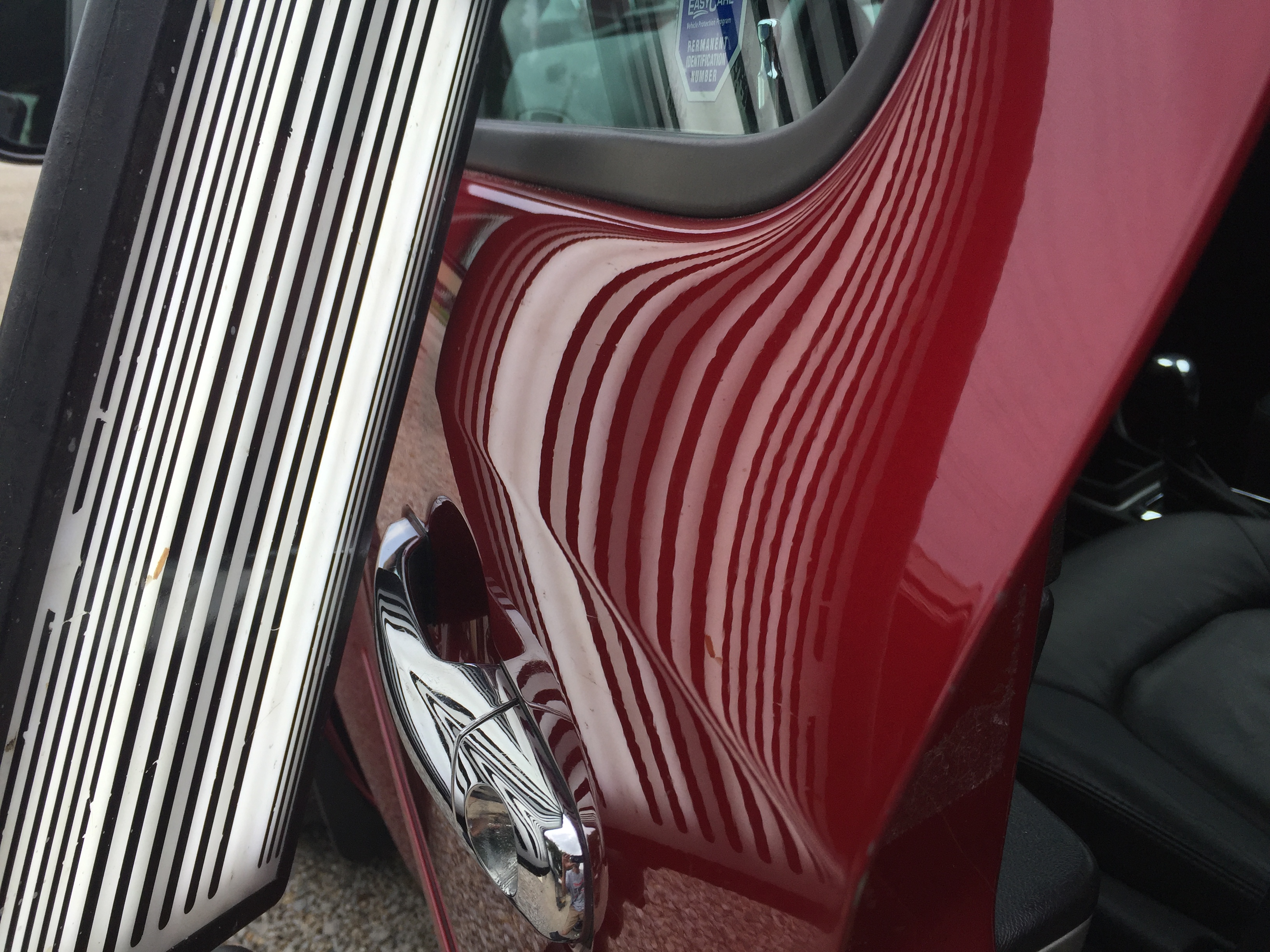 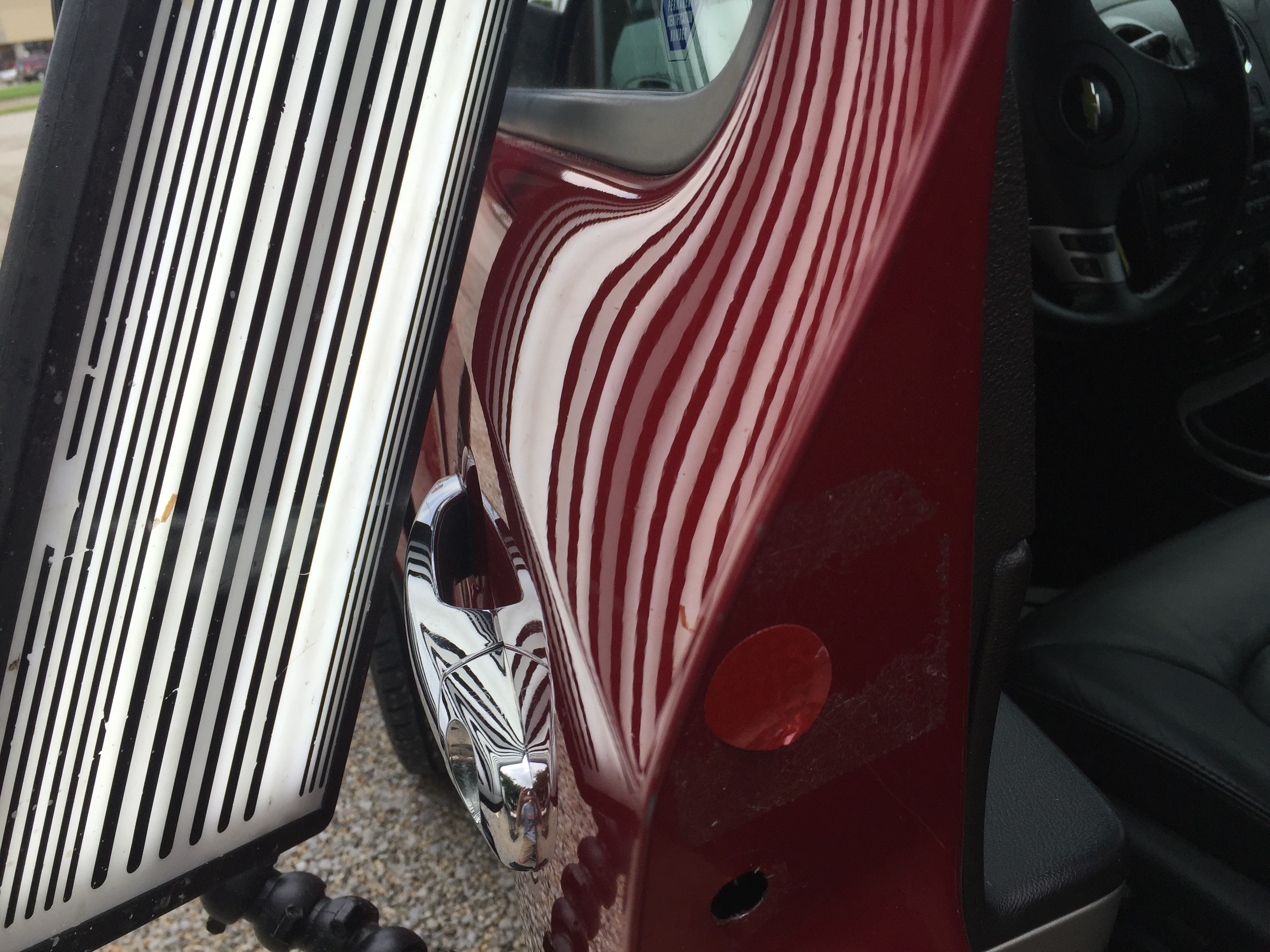 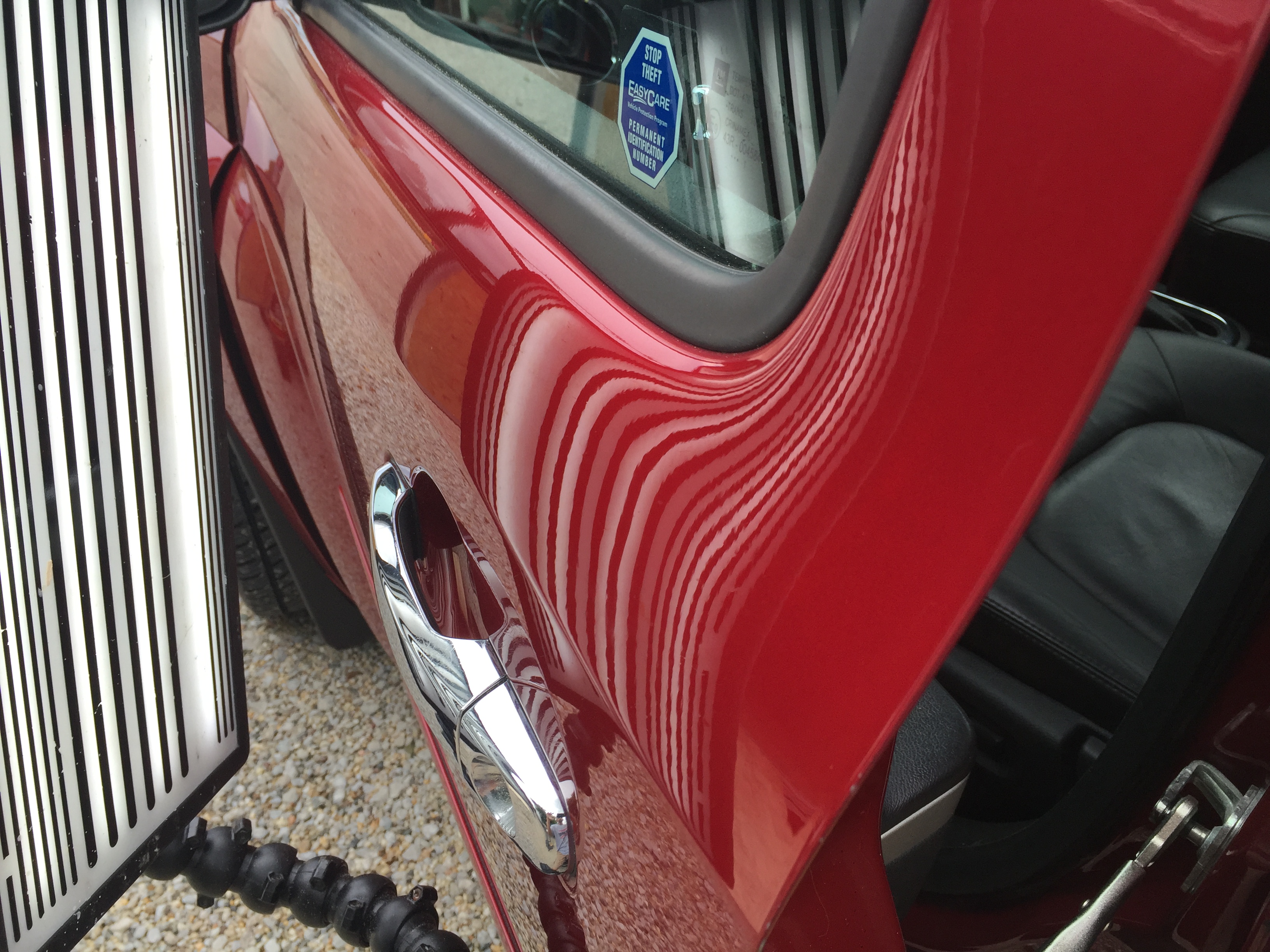 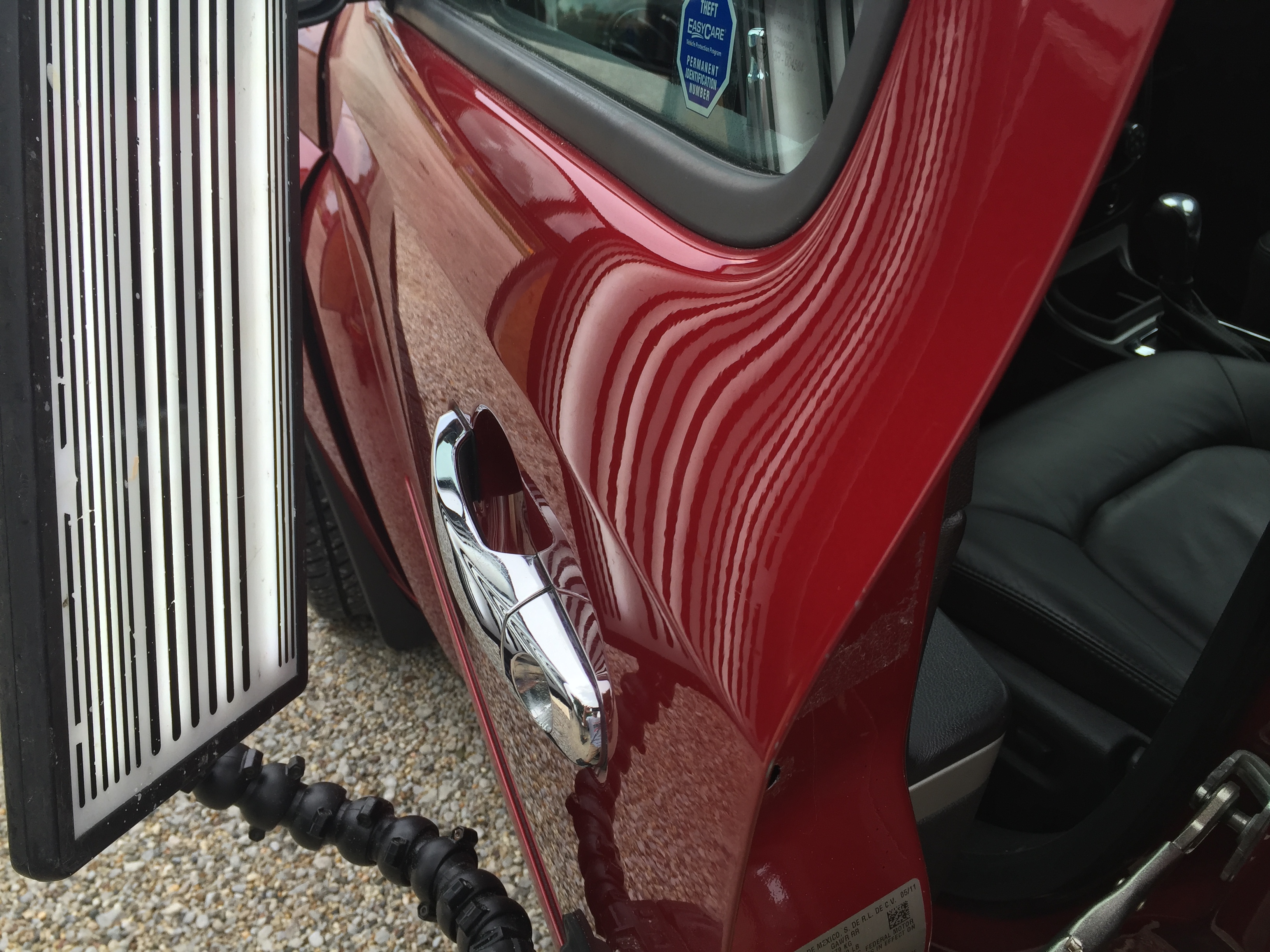 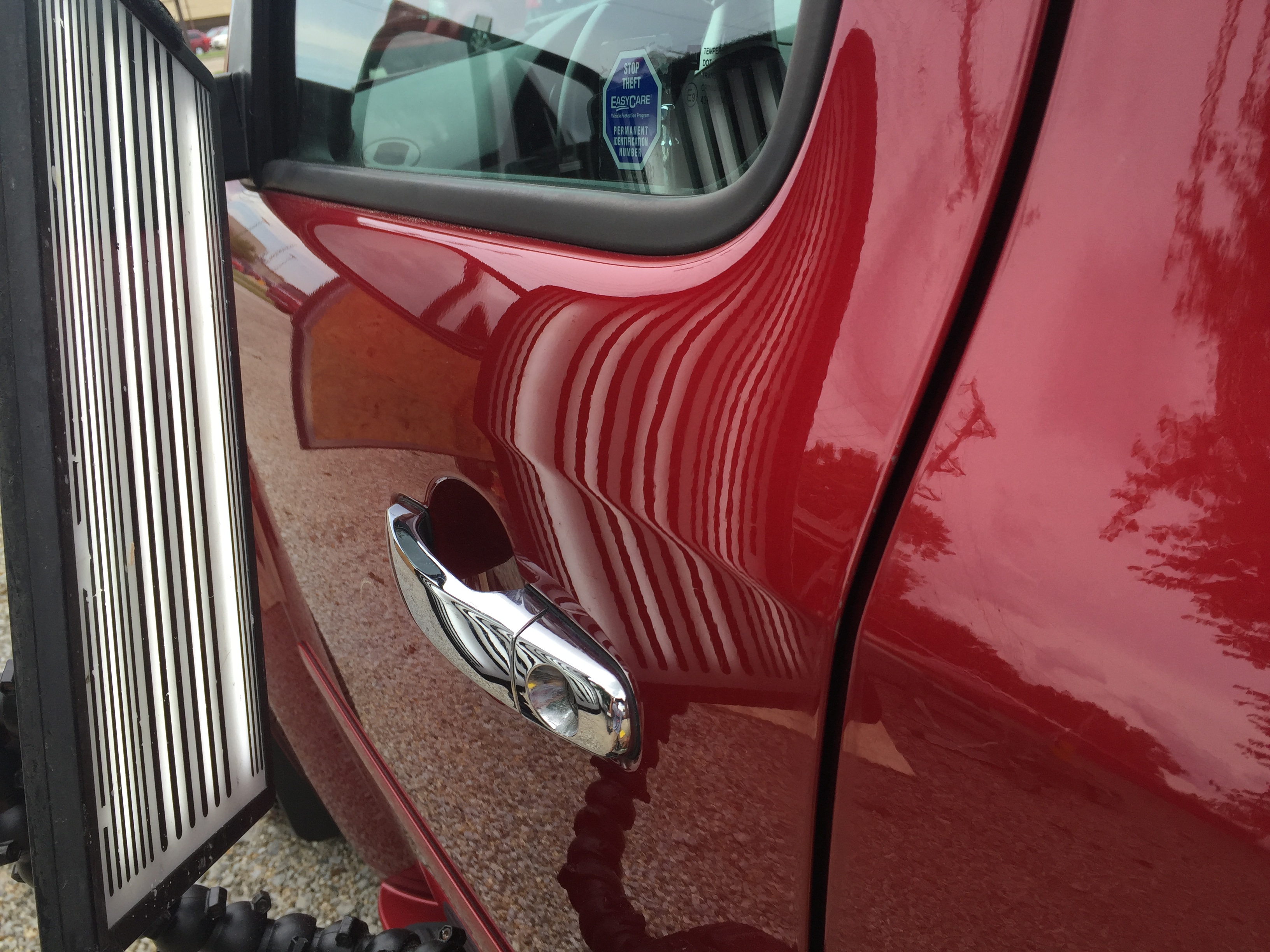 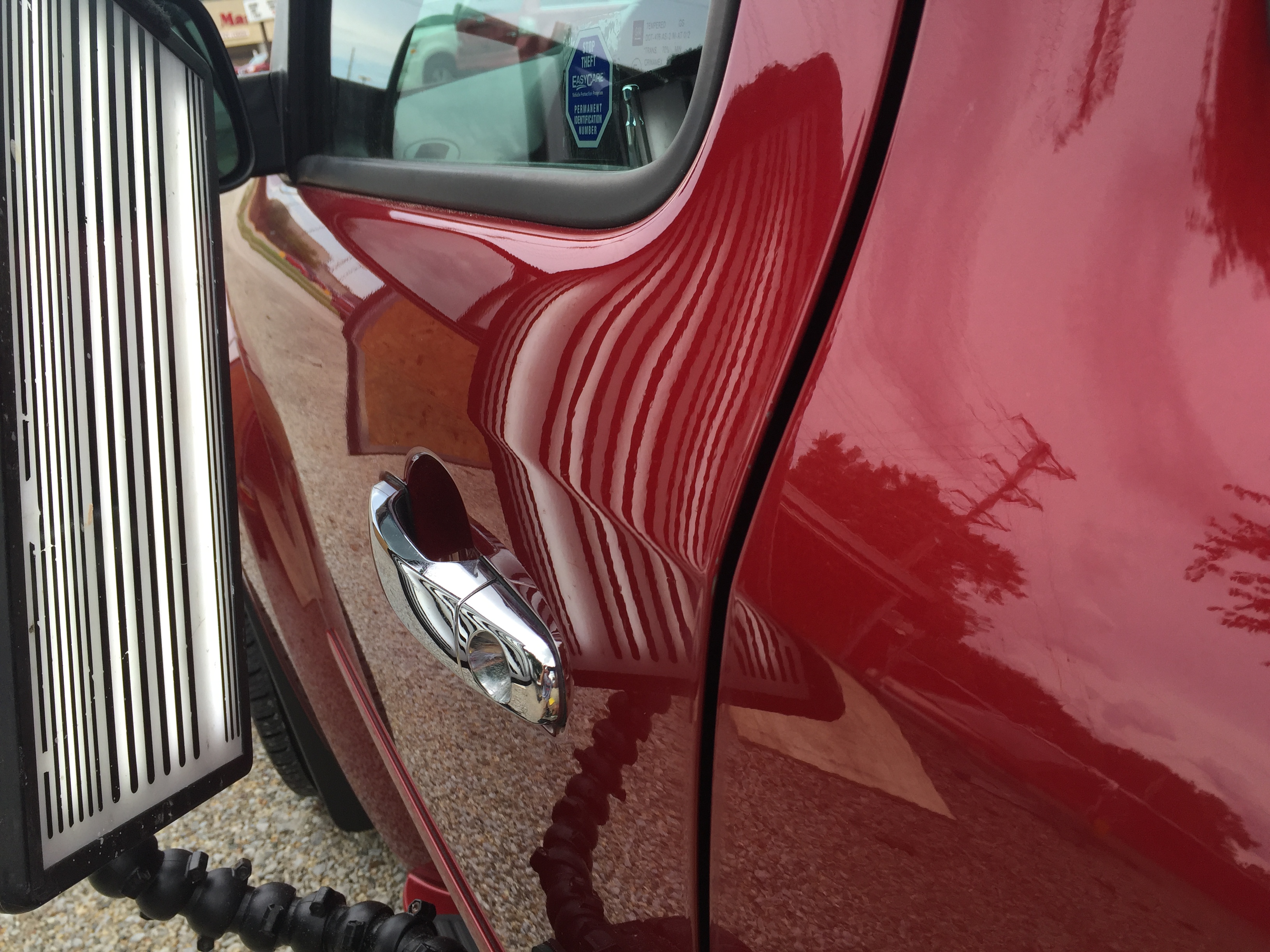 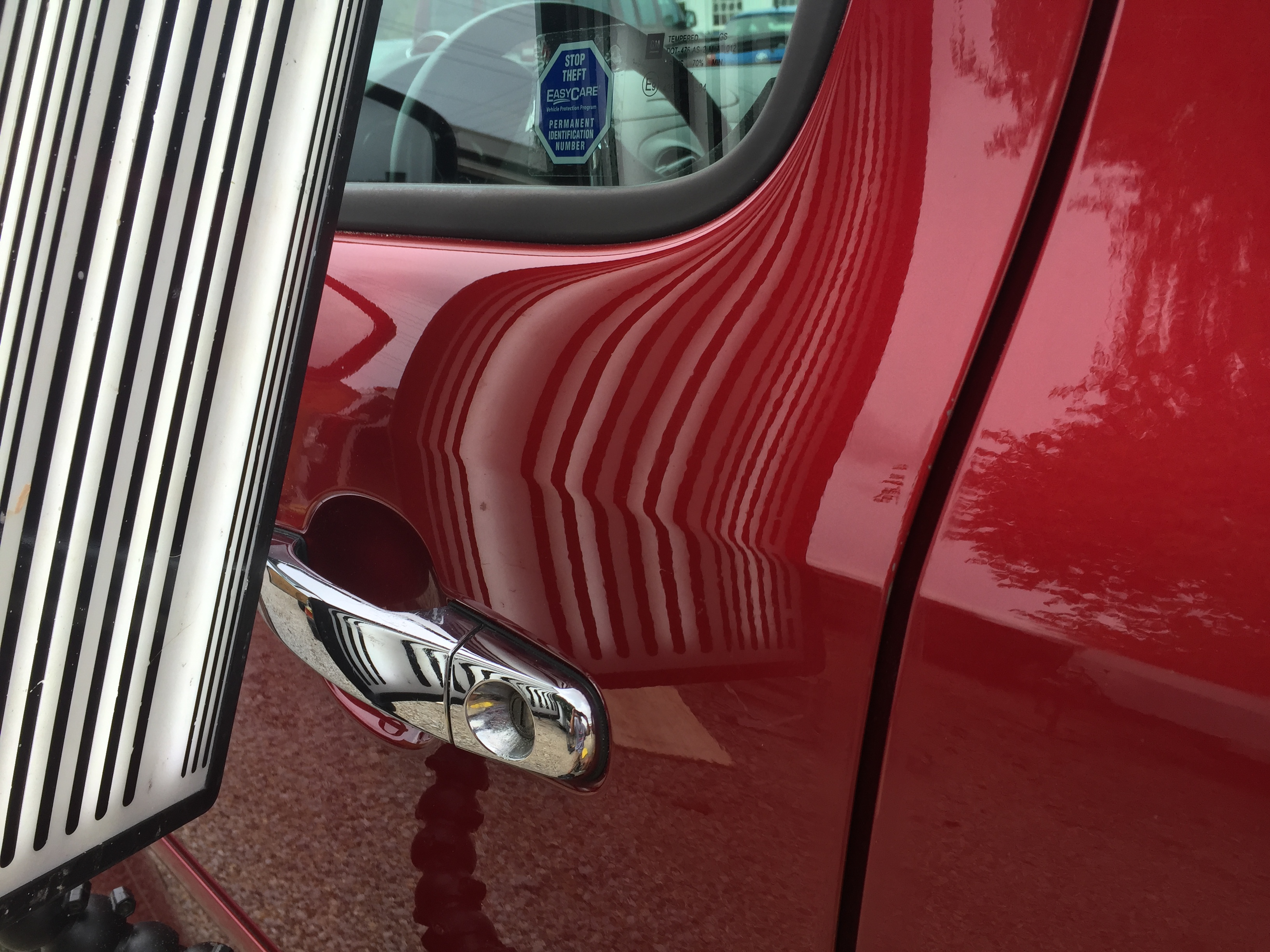 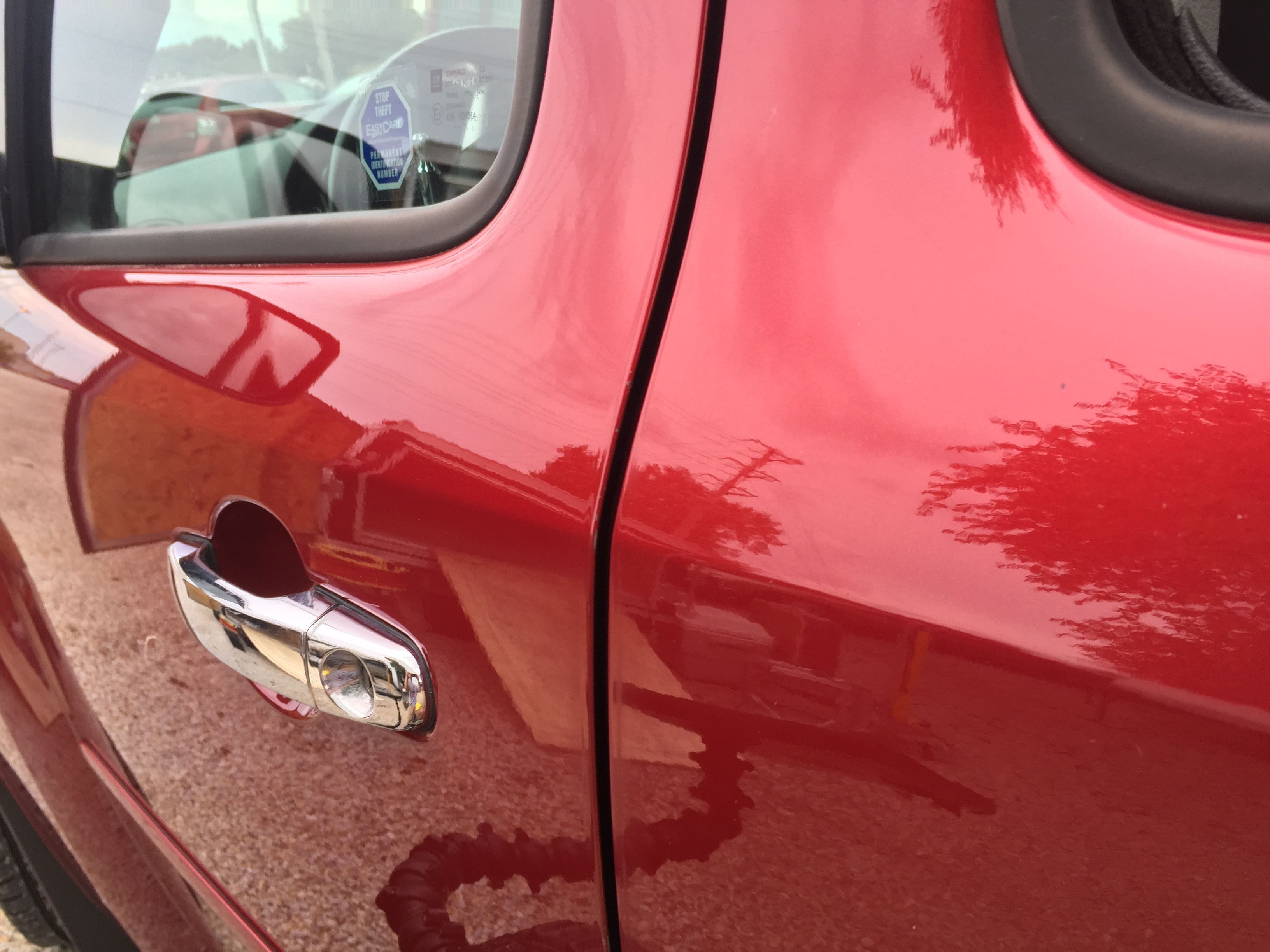