2015 Ford Flex, Dent removal in the driver's door, the depth of this dent and depth is considered sharp. This dent was removed with the paintless dent removal process by Michael Bocek out of Springfield, IL. The most common practical use for PDR is the repair of automotive hail damage, door dings, minor creases, large dents and bodylines damage.  Check out the videos and images of this dent repair.  If you have dents, dings or hail damage schedule now. 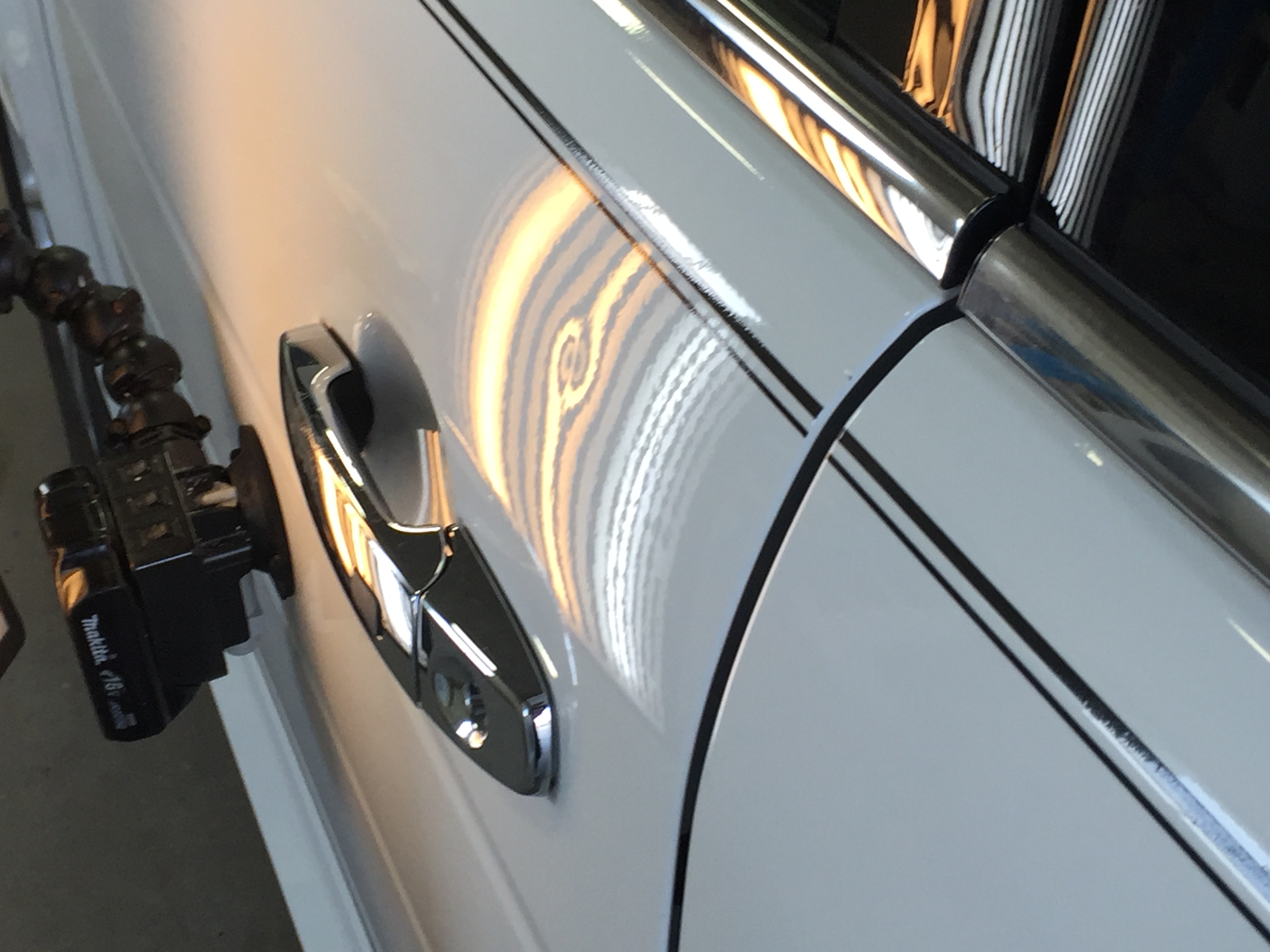 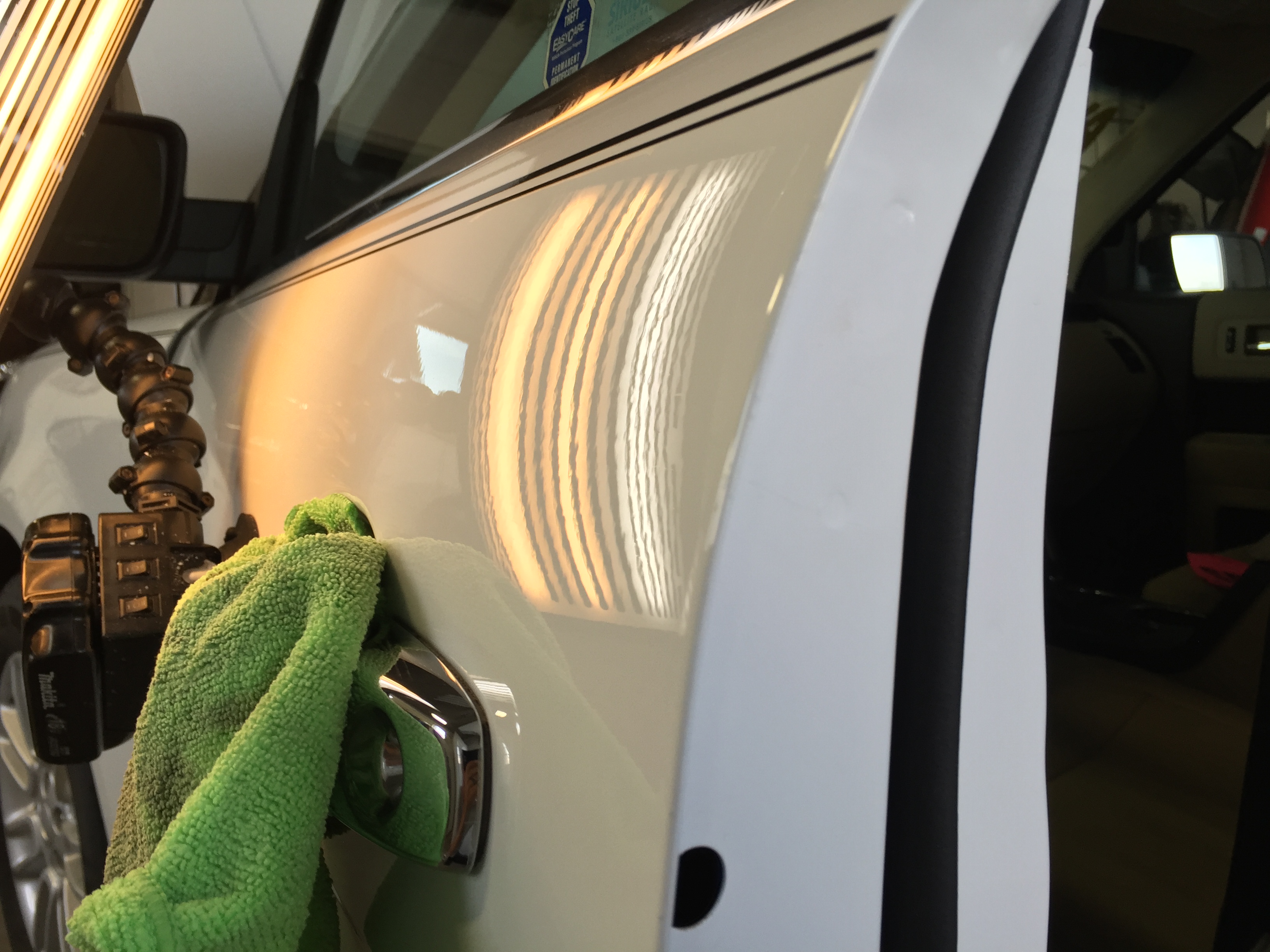